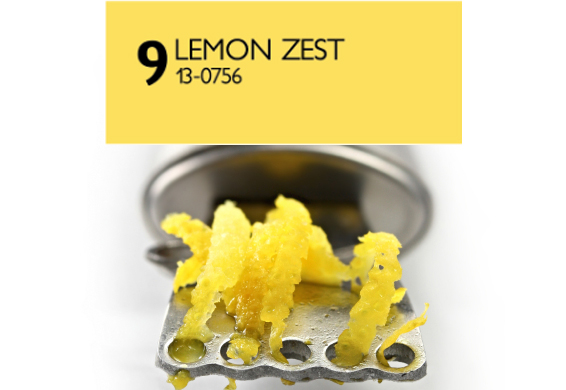 Is there any color as inherently good-natured as yellow? Quick, think of yellow things: lemon drops, sunshine, daisies, butter. This summer, the shade of choice has been a bright and tasty hue that our friends at Pantone have dubbed lemon zest. Not a dainty pastel yellow, nor a crazy neon yellow, but somewhere in between. How about yellow cars?

As far as the calendar is concerned, summer is coming to an end. As VroomGirls, we’ve not exactly the types to adhere to the no-white-shoes-after-labor-day rule. So why would we stop indulging in yellow’s optimism just because the calendar says September’s here? We’ve found a few fun things here that can inject some citrus peel into your wardrobe or kitchen … or yellow cars.

As far as cars go, yellow is something of an enigma. It’s not one of those odball fad colors that come and go very quickly. (uh, turquoise metallic, anyone?) Hardly any car models always have a yellow version, but almost every car has come in yellow at some time–everything from modest little cars to ridiculously overpriced mid-life-crisis-mobiles have come in some shade of yellow. See some of our favorite examples below. So what is the common denominator of all yellow cars? Whether it’s a cute little Volkswagen Beetle in pale lemon or a wicked Lambroghini in a searing yellow hue, yellow always stands out from the crowd. No one drives a yellow car unless she wants to be noticed!

Who could be sad when wearing one of these pretty dresses? Not us! These cute dresses with a retro flair are custom made to fit your size and measurements. This color is great for showing off the last of your summer tan. Eshakti.com

Ready to take your love of yellow to the next level? The 2013 Volkswagen Beetle is available in Yellow Rush.

If you want something in yellow that isn’t quite so dainty, there’s always this badass 2013 Dodge Charger.

…which might have been a better choice for this particular driver. Wethinks thou dost protest too much, perhaps?

The newest generation of the iPod Touch comes in a citrusy yellow. And, if the online Apple rumors are to be believed, the new iPhones, due to be released in September, may have some yellow or gold offerings as well.

Back in 2009, this zoomy Mazda Miata was offered in a bold shade called competition yellow.

Say what you will about the “Twilight” movie sagas, but there’s one thing they got right–Alice Cullen (She’s Edward’s sister vamp) has mighty fine taste in cars! This canary yellow Porsche 911 GT Turbo can turn more heads than a whole herd of sparkly vampires.

Love yellow, but not quite ready to park it in the garage? Maybe start with the kitchen. This cast-iron enamel pot from Le Crueset may last longer than any car you ever own. Sur La Table.com

Ever feel like you’re nothing but a mom taxi? Embrace the job with this citrusy leather bag from Kate Spade. Carry this cute yellow sac and let everyone know when it’s your lunch break. nordstrom.com

Embrace your inner Sophia Loren in this sassy yellow 2013 Fiat. Ciao Bella! Fiat gets the prize for the best name for yellow–this shade is called Giallo, which is also the term used to describe Italian movies in the film noir genre.

Love the yellow, but need something a little more substantial than the usual zippy little car than normally dons a lemony hue? This is your year. The venerable Range Rover is offering an eye-catching shade of Sicilian Lemon for your off-road adventures.

So you love all the lemony offerings, but want to give it a test drive before making a long-term commitment? Try this Marc Jacobs nail laquer in Opaque Chartreuse Yellow for your next mani-pedi, and it may win you over for good. sephora.com