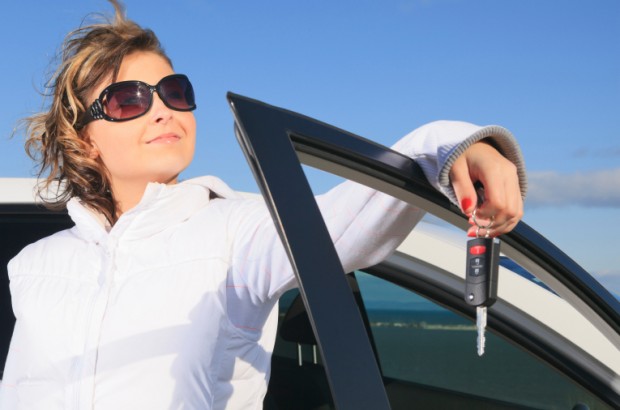 Women Drivers Have an Advantage at Driving School

Women rule at driving schools. Women drivers are better listeners – and might be a bit frightened by driving on a racetrack – and that makes us better, more attentive students on the road.

Any advanced driving instructor who is not a hidebound sexist will confirm that women as a group are more apt students than men. As a rule, women drivers tend to listen better, and are more open to learning. Safety usually ranks higher on the list of priorities as well. Guys, especially car enthusiasts, often have the lingo and the secret handshake, but enthusiasm is a poor substitute for skill and knowledge.

To make matters worse, quite a few men, culturally groomed to what one of my colleagues calls delusions of adequacy, will spend as much effort defending old assumptions as learning new ideas.

I try to stay away from stereotypes and generalizations, but some are too funny to let go. In racing and advanced driving schools, know-it-all enthusiasts are best handled in the same way a good coach will deal with teenagers. An open evaluation of skills rarely results in a graceful response. Instructing becomes a series of gentle nudges until the student actually reaches the desired conclusion on his own.

Finesse Is Our Game

John Kirkpatrick, for many years chief instructor at the Jim Russell Racing School in England, was fond of saying “There are only two things you can’t tell a man he does badly, and one of them is drive a motorcar.” Guess what the other thing is! Ha.

I didn’t really understand that until I started teaching advanced driving. The male ego is often a significant block to learning. Does this mean that women drivers are more skillful? Sorry girls, nobody gets a free ticket to the top, but there is a gender bias that means women have the potential to be better behind the wheel.

Some years ago, I was at Lime Rock racetrack in Connecticut doing a photo shoot for Jaguar. I was piloting a shiny red convertible, while a colleague drove the coupé version of the car. During part of the filming I had to negotiate a series of corners in reverse, with the other Jaguar close alongside. It was the photographer’s idea, because he wanted the vehicles in clear focus along with a blurred background. Reversing at speed is not easy, especially when you have to appear as though you are driving forward. When it was over, the camera guy was pleased, but did comment that he wished I had been holding the steering wheel in a more “macho” fashion, which I assume implied a bit of the white-knuckle effect. My response was that I could have done that, but it would have increased the risk of crashing. Finesse behind the wheel is more important than force – and women drivers naturally have a distinct advantage in this area.

Watch top Formula 1 racing drivers walk, and you’ll see they move lightly, accurately, taking up no unnecessary space. People who walk like that tend to drive better. Stompers do not. People who sit with their knees closer together are usually better at what we call footwork, precise pedal application and release. A tight skirt could even be a useful bit of driver training equipment.

Earlier this month I was invited to speak about driving, and the psychology of performance, at our local Rotary club. I asked the audience a bit of a trick question, which was to name a couple of drugs, not counting the obvious recreational ones or prescriptions, which could impair driving performance. The correct answers were adrenaline and testosterone.

When people find out I am a racing driver, many assume I must be an adrenaline junkie. Actually, fight or flight responses have little to do with fine motor control. Good racing drivers, and professionals in other higher risk activities, are expert at limiting their level of arousal. That sounds kinky, but just means maintaining a good performance state versus being totally wired.

It seems driving a racing car is a common fantasy with both sexes. A large proportion of men, unfortunately, are prone to thinking that once let loose on the track they will somehow “Go for it,” “Let it all hang out,” “Punch it,” or something like that. It is really about trying smarter, not harder, a feminine trait that male drivers could usefully adopt.

Here is a little secret about automotive journalists, the ones who write for the glossy magazines. While a few are excellent drivers, many are pretty ordinary behind the wheel. A fellow who used to do road tests for a major publication confessed to me that when he started, he couldn’t actually perform a proper emergency stop, yet enthusiasts were hanging on his written words.

You might be surprised to know how many automobiles are damaged during press introductions. Manufacturers, wary of bad press, generally treat journalists with kid gloves, regardless of the toll of wrinkled fenders. Unbridled testosterone is often part of the problem, but the offenders still get to go home feeling reasonably heroic.

For our male readers, if a passenger comments that you drive like a woman, take it as a compliment.

4 Responses to “Women Drivers Have an Advantage at Driving School”