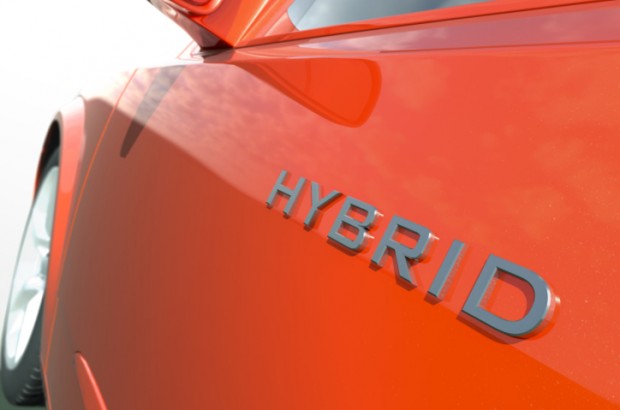 Why Buy A Hybrid?

Gasoline-powered, hybrid or electric? Which vehicle is right for you? A VroomGirls guide to the pros and cons.

Hybrid cars are known for their excellent fuel economy and low emissions. Unlike electric cars, hybrids do not need to be plugged in; instead, they use the motion of the car to produce electricity, recovering energy that would otherwise be wasted and store it for later re-use.

Most hybrid cars use a gasoline engine, and electric motor/generator mated to a large storage battery (some use diesel fuel or even hydrogen, paired with an electric motor). When the car accelerates, the gasoline engine and electric motor provide power. The battery is recharged when the car slows down (the motor works as a generator and produces power, which also creates resistance that slows the car). By storing and re-using energy, hybrids require less gasoline. Though hybrid cars do not need to be plugged in, some — called plug-in hybrids — can have their battery charged by an outside source.

What’s The Advantage Of A Hybrid?

The chief advantage to hybrids is that they make it easy for drivers to get significantly better gas mileage without altering their driving techniques. Well-engineered hybrids like the Toyota Prius average 45 to 53 MPG — nearly double the fuel economy of comparably-sized, conventionally-powered cars. And because they use less gasoline, hybrid cars also produce less pollution.

Hybrids used to be specialized vehicles, but more and more manufacturers are offering hybrid drivetrains on their mainstream cars. While dedicated hybrids like the Honda Insight and the Toyota Prius family tend to get the best fuel economy, you can buy hybrid versions of cars such as the Toyota Camry, Lexus RX, Ford Fusion, Volkswagen Touareg, and even the Porsche Panamera, all of which get significantly better fuel economy than conventionally-powered variants.

What Are The Disadvantages?

Disadvantages of hybrid cars include their mechanical complexity, which also drives up their price. Hybrid cars have large batteries, which have a limited lifespan and will eventually require replacement, usually at significant cost. (Most hybrids include a battery warranty of 8 to 10 years and 100,000 to 150,000 miles.)

Most hybrids run on gasoline or diesel, which are non-renewable resources (as opposed to natural gas, and electric cars, which do not rely strictly on petroleum products). And finally, while many drivers buy hybrid cars in order to save money, it may take many years for the fuel savings to out-pace the price premium of the car, and the length of time to recoup your investment will vary with fuel prices.

Is It Worth The Higher Price?

Still, hybrid cars give drivers an easy way to reduce pollution and petroleum usage while cutting their fuel bills. For some, even if the savings don’t cover the extra cost of the car, they at least help to insulate from sudden price spikes at the pump. If you want to drive green, a hybrid is the easiest way to do it.

Reasons to buy a hybrid:

Reasons not to buy a hybrid: