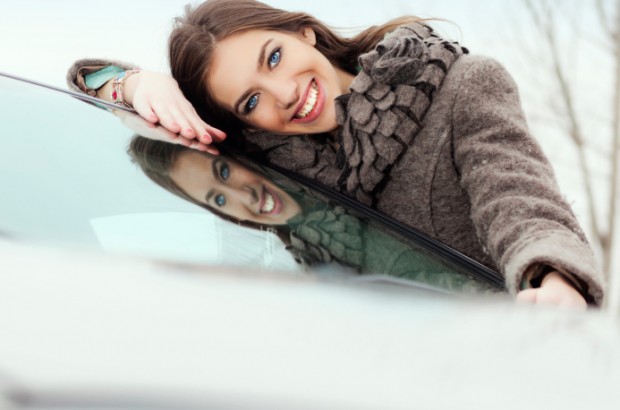 The 2013 North American International Auto Show in Detroit, one of the world’s premiere automotive events, this week showcases what we’ll be wanting in our garages this year. And VroomGirls has chosen five vehicles (and concept cars) we think are what women want.

Contemporary and idyllic, like a Four Seasons resort in Bali, with clean lines, attractive materials, and eye-catching design. This six-seat mid-size SUV concept may point to what VW is planning for its new family ride in the next year or so. The Crossblue is a diesel-electric plug-in hybrid, which can go up to 14 miles on the electric motor, and then kicks in to utilize the diesel engine. Even better, this SUV is designed to be assembled in Volkswagen’s Tennessee plant, meaning Americans will be put to work, and that’s what women want too.

It’s hard to imagine that Furia is a design study in what the next generation Toyota Corolla might look like when it debuts later this year, but that’s exactly what it is. Bolder, sharper, more fun, Toyota is spicing up one of its most popular models. And the Furia concept, should auto show patrons like what they see, might be very close to what the next Corolla compact sedan will be. Since its inception in 1966, more than 40 million Corollas have been sold, making it one of the most popular brands ever. Toyota execs were weary of rattling the cage too much in terms of design for the next-generation Corolla, but VroomGirls editors think the company is right on track.

Not to be outdone, Lincoln is entering the small SUV market with a five-seater that exudes elegance. Striking lattice-pattern embroidery is stitched onto premium leather seating and trim, chrome and wood are used throughout and a push-button gear shift is clean looking, as it eliminates the space-devouring console shift knob. We love the panoramic moonroof, which spans the MKC’s entire length.

This Italian brand’s flagship Quattroporte sedan gets completely redesigned for 2013. Pretty, like never before, as well as faster and more fuel efficient than the outgoing model. With a new turbo-charged engine and an eight-speed automatic transmission, the 2013 Maserati Quattroporte is 20 percent more fuel efficient than before. It comes in both a four and five-seat layout, and is draped in luxe features like a touch-control screen, adjustable pedals (so that even short drivers feel comfortable), a WiFi hotspot, and an optional 15-speaker, 1,280-watt Bowers & Wilkins audio system.

We love the new design of the ever-popular Jeep Grand Cherokee. And interior goodies like back-seat AC vents and optional heated rear seats are a definite plus. But what’s exciting about the new Grand Cherokee is the new more fuel-efficient diesel engine option. The Jeep Grand Cherokee 3.0L, V6, 240 hp EcoDiesel engine will get 21 mpg city / 30 mpg hwy in 4×2 models, and 20 city / 28 hwy in 4-wheel drive models. Not bad for such a large and luxurious vehicle. Plus, it will tow up to 7,400 pounds.

One Response to “What Women Want: 5 Great New Cars Women Desire From The Detroit Auto Show”