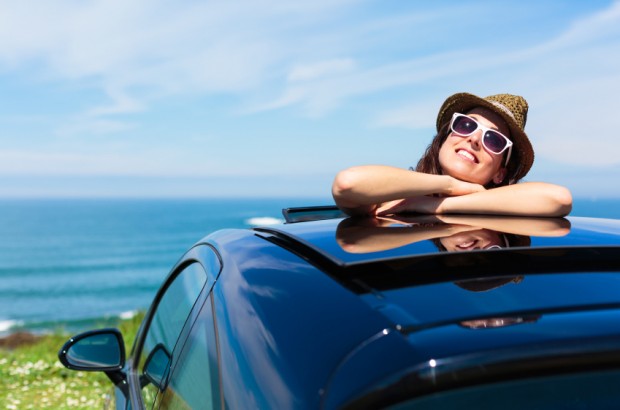 A World Without Traffic Fatalities?

Photon diodes, biomechanics, big data, and human-machine interfacing sound like futuristic ideas from from your favorite sci-fi movies. But they’re not just for trekkies anymore. Toyota is harnessing the power of high tech to make traffic fatalities a thing of the past.

Saving the world, or at least your car

In the movie world, futuristic high-tech devices always seem so cool and amazing. But it seems that in pretty much every movie imaginable, this amazing technology always falls into the wrong hands. This of course puts the safety of the hero, the country, and usually the entire world and even the solar system in great peril. Evil geniuses just have a knack for getting their hands on the coolest technology in order to advance their desires for world domination. (see: Darth Vader, Death Star, Star Wars) This sets up the hero to take out the villain in his evil lair and save the world—or at least an important part of his anatomy. (see: Dr. No, Laser Beam, James Bond) And in Hollywood, this is understandable—no one goes to the movies to see Captain Kirk use the Enterprise to go grocery shopping or ferry a bunch of middle-schoolers to band practice.

But in the real world, our problems are not going to be solved at the end of a two-hour movie. Traffic fatalities are the leading cause of injury death in the United States for people aged 1-34 (Center for Disease Control, 2006). Teen drivers are especially vulnerable, as are adult drivers over 80—which is one of the fastest-growing groups due to the aging of the population. And this does not even take into account the lives changed forever due to the physical and financial hardships brought on by car accidents. Even “small” accidents with no major injuries can be a labyrinth of insurance claims, lawsuits, chiropractic visits, and the time and hassle of getting a car repaired.

Great strides have been made in recent decades to lessen injuries for passengers in cars. (I won’t ask if you’re old enough to remember when you weren’t even legally required to wear a seatbelt!) Today’s cars have multiple airbags, and are designed with crumple zones to better absorb impact. Car seats for children are mandatory, and backup cameras are helping to prevent parking and pedestrian accidents.

Toyota is proof that amazing things that can happen when technology falls into the right hands! By far, the best safety features are the ones that prevent an accident from ever happening. It may sound like the setting of a future utopian society-type movie, but Toyota’s not afraid to dream big.

“Toyota’s vision is of a world without traffic fatalities, and these advanced connected and automated vehicle technologies hold the potential to revolutionize automotive safety,” said Seigo Kuzumaki, Chief Safety Technology Officer Secretary for Toyota Motor Corporation. “We are committed to bringing advanced active safety systems to market as quickly as possible and will make them accessible to a broad range of drivers.”

With the goal of making tomorrow’s driving safer, Toyota’s Collaborative Safety Research Center (CSRC) announced that it is significantly expanding its mission to advance automotive safety research, with a new focus on using advances in technology to improve driver safety. Drivers and their vehicles will be working together as teammates, and sharing more responsibilities on the road.

What kind of new technology will you be seeing on the roads in the very near future? Here are a few examples:

Toyota’s innovative 3D Heads-Up Display builds on the company’s philosophy that advanced safety technology should work as a “teammate” with the driver to offer a groundbreaking new approach to vehicle interface design. The system provides critical information including vehicle status, traffic conditions and road signs on the front windshield, rendering them in three dimensions. So instead of glancing over at a screen, dashboard or (don’t do it!) your phone, you will be able to see all this information rendered in front of you while keeping your eyes completely on the road. An infrared camera allows the system to understand the driver’s face direction, while a touch sensor allows the system to understand whether the driver’s hands are on the steering wheel.  The system warns the driver if prolonged periods of hands off the steering wheel or eyes off the forward driving scene are detected. And unlike the movies, no 3D glasses are needed!

First unveiled last year in Japan, Toyota’s Automated Highway Driving Assist (AHDA) system is designed to team up with the driver behind the wheel to control the car safely. It was programmed based on actual traffic conditions in the United States and can operate at speeds of up to 70 miles per hour. Dynamic Radar Cruise Control (DRCC) helps enable drivers to maintain speed and headway more comfortably while using cruise control. It uses radar to detect other vehicles, adjusting its speed and distance from other cars interactively. Lane Trace Control (LTC) helps drivers to stay in their lane by using signals from radar and a camera. Sensors are used to detect lane markings on the pavement and other vehicles. The system calculates an appropriate driving path, adjusting the steering to keep the driver in the appropriate lane.

A world without traffic fatalities may soon be a reality.