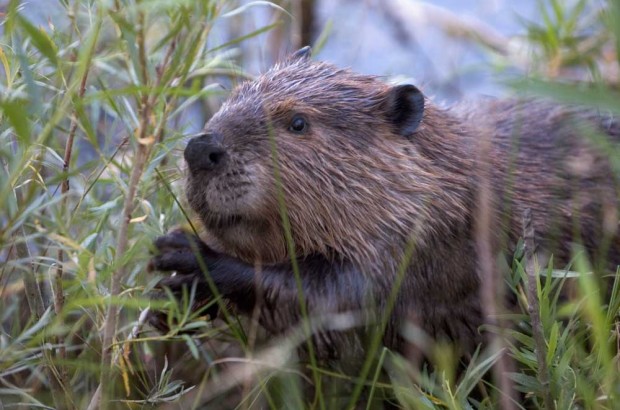 Toyota Leaves It To Beavers

If Sean McCarthy, environmental specialist at Toyota Motor Manufacturing Mississippi (go ahead and say that three times fast, we dare you!) has been whistling the theme song from “Leave It To Beaver” lately, you can’t blame him for having it stuck in his head.

It seems that real-life beavers–not to be confused with the TV show about the Cleaver family–have beaten the engineers at their own game. During construction of the Toyota plant, two water retention ponds were established. These are designed to capture and hold storm water runoff, allowing any suspended solids to settle. Water discharge from the pond is regulated with an 11-foot sluice gate and seven-foot concrete wall just beyond the gate. When the gate is raised, the water flows out through three slots in the wall.

Well, at least that was the plan. Local beavers took one look at at those wall openings and said to each other in some sort of beaver language, “Oh yeah. We are so totally gonna dam that.” And build a dam they did. Again, and again, and again.

“They packed the flow slots with trees and mud. It was almost like concrete,” says McCarthy. “We’d be down there once or twice a week and they’d be right back the next week.”

After doing beaver battle for six months, the team surrendered to the water rodents in the fall of 2012. And the water stayed.

“It never empties,” McCarthy says. “Even in July and August there’s one to two feet of water. But there isn’t a risk of flooding since water still discharges when it reaches the top of the wall.”

But don’t feel too bad for the Toyota people–this story does have a happy ending! The resulting lake brought other critters. Turns out, the beavers had benevolent intentions. Ducks, as well as fish and other species, call the new lake home.

It also helped the plant achieve certification as a Wildlife at Work program by the Wildlife Habitat Council and be named a finalist for its Rookie of the Year award this year.