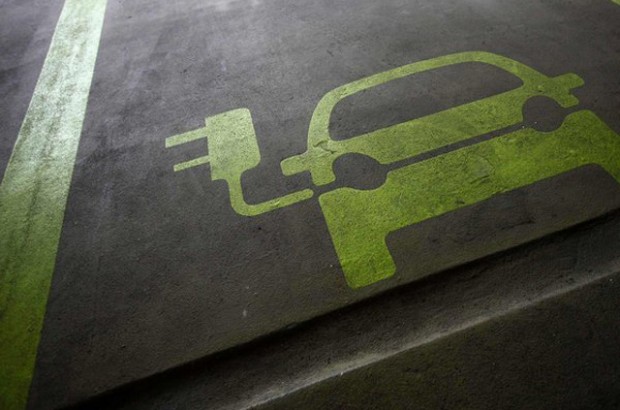 The egg-shaped i-MiEV‘s modus operandi is similar to the Honda Fit EV’s: A smaller car requires less power and therefore less battery. Despite its tiny size — and thanks to its unusual shape — the i-MiEV has plenty of room for four people and a decent amount of cargo space. Its energy efficiency is second only to the Honda Fit EV, although the smaller battery gives it less range and its charge times are significantly longer than most other EVs; however, the i-MiEV does provide the option of 480 volt quick charging, which can juice the battery up from 0 to 80% capacity in 30 minutes, and from 50% to full in less than ten. With its small size, however, comes a small price tag: Just under $30,000, which makes it it the least-expensive EV from a mainstream manufacturer.

From the outside, the Nissan LEAF looks like the car of the future; from the inside it feels like a proper luxury sedan, with rich interior materials that are a perfect match for the LEAF’s smooth, quiet driving experience. Since the LEAF was designed as an EV from the get-go — rather than being adapted from a gasoline car, like most of the vehicles on this list — the battery is integrated into the body, and doesn’t make any awkward intrusions into the cabin or trunk. The LEAF was the first of the new-generation EVs to go on sale, beating the other vehicles on this list to market by about a year and a half, and it’s already showing its age with an EPA range that trails several of its rivals by ten to twenty miles. The LEAF’s 240 volt charge time is average (7 hours), but it is one of only two EVs on this list to offer optional 480 volt quick charging, which can charge the battery from 50% to full in just a few minutes.

The Volt bridges the gap between true electric vehicles and hybrids. The Volt plugs in and charges like any other EV, although its range is shorter — just 35 miles. But when the battery runs low, the Volt fires up its gasoline engine and generates electricity to keep on going, so “range anxiety” (the fear of running out of juice far from a charging source) is eliminated. 35 miles may not sound like much, but that’s about how far the average American drives in a day. The Volt owners we talk to tell us they go months between fill-ups. On the downside, the Volt takes as long to charge as the Ford Focus Electric, despite having half the range. Even so, if you’re thinking about an EV but are concerned about range restrictions, the Volt is the perfect way to dip your toe in the water.

The Tesla Model S is the stuff electric car dreams are made of: A full-size 4-door EV with supercar styling, supercar performance (0-60 in under 6 seconds), and 265 miles of range — provided you opt for the biggest and most expensive battery, that is. (Tesla also offers 160 and 230 mile models with less performance.) But the Model S also carries a supercar price tag that can top $100,000 if you pop for all the options. Unfortunately, there’s one thing they can’t change, and that’s the time it takes to charge such a big battery: The Model S takes at least 12 hours to juice up, and the high-capacity models could take even longer.

CODA, a new company based in Los Angeles, California, may well have the most innovative battery technology on the market thanks in part to a thermal-control system that keeps the battery warm in the winter and cool in the summer. This reduces range losses due to extreme temperatures and increases battery life, as well as making the vehicle more useful in climates from Phoenix, Arizona to Fargo, North Dakota. Unfortunately, CODA’s battery comes wrapped in the least-desirable electric vehicle on the market, a small sedan originally designed for the Chinese market with 1990s-era styling, cheap interior trim, and a cramped back seat. Its lousy aerodynamics and high power consumption put the EPA range at 88 miles — better than most of its competitors, but not quite up to the battery’s potential.