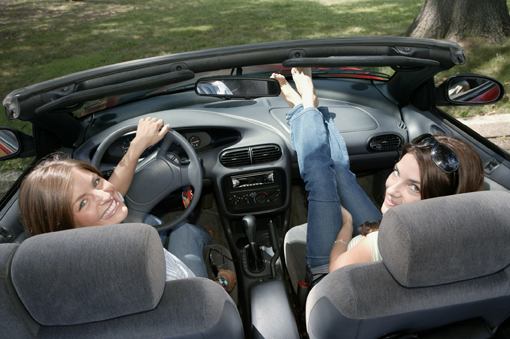 Anyone who loves to drive has a favorite road on which to thread his or her car through hairpins and sweepers. Those are corners, for those who are automotively challenged. A good road trip is fuel for the soul. So if you’re in the neighborhood, put your wheels on one of these beauties. The twisty two-lane ribbon that crests the Santa Monica Mountains overlooking Los Angeles and the San Fernando Valley is not only delightfully curvy, it offers an iconic view of L.A. Drive it at night for that endless glitter of city lights.

Though purists complain that too much of the world’s fastest road is being speed restricted, it still has long stretches of highway on which to floor it. In many places, curves are banked to maintain speed, lanes are wide enough for safety, and pavement is maintained to be free of potholes. To reach highway that allows for unlimited speed, drive outside city limits. Tops for scenic beauty, this road crosses lagoons, lakes and is wedged between the steep Tsitsikamma Mountains and the Indian Ocean. You’ll traverse 10 nature reserves, see dolphins and seals and, if you go between July and December and you’re fortunate, you’ll catch Southern Right Whales gathering to calf.

Drive through El Teide National Park to the highest point in Spain, the peak of the still-active (last eruption in 1909) El Teide volcano. The lunar-like landscape is otherworldly, awash in reddish brown volcanic soil. The park has hiking trails to the volcano’s mouth, if you’re inclined to explore on foot. Though this coastal route stretches the length of the state from Orange County in the south to nearly the northernmost part, it is the harrowing clip of road through Big Sur that is the most dramatic and unspoiled (it is designated a National Scenic Byway.) Switchbacks skirt the jagged cliffs of the Santa Lucia Mountains and overlook the churning Pacific far below.

Motor a few hours between the medieval town of Oristano and the village of Cagliari and you’ll pass through thousands of years of civilization. Not only is the coastal road gorgeous, but archeological ruins from prehistoric time to the Romans are plentiful. There are cisterns left by the Phoenicians, defensive walls and moats built by the Carthaginians, and baths and aqueducts from Roman times.

Don’t forget to let us know your favorite drives — whether round the corner or around the world — so we can continue to add to our list.
Send VroomGirls an email or leave us a comment below!