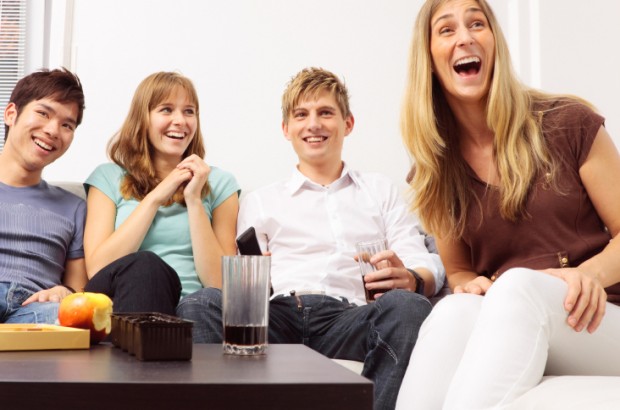 Football, Schmootball. Show Me the Ads

Oh, the long stretch of drab winter days. After the holidays are over, there aren’t many occasions on the calendar to gather family and friends around for celebrations and party food. But this is America, so we’ve invented our own special holiday–Super Bowl Sunday. Whether you’re a rabid football fan or don’t know the difference between a field goal and and a first down, the Super Bowl is always a good excuse for a good time. On which other day are you not just permitted but required to consume copious amounts of potato chips, chicken wings and nachos? For many of us, the game itself is just the stuff we have to sit through to see what we really like–all of those fun Super Bowl ads make their debut on during breaks in the big game.

Super Bowl ads are big business. It costs more money to air a commercial during the Super Bowl than any other time of the year–in 2013, 30 seconds of airtime is going for $4 million. That’s why companies like to bring out the special effects and big laughs–it’s like prom night for advertising. You may not remember the teams or the score, but you remember the smooth talking E-trade baby, or the Budweiser “wassup” guys, or the super suave Old Spice spokesman. All got their start on Super Bowl Sunday.

Of course, we VroomGirls are partial to cars. Luckily for us, automakers put out some of the best Super Bowl commercials out there. Here are some of our favorite car-centric classics, and a sneak peak of some that will be unveiled on Sunday, February 3rd.

Automakers are upping the bets on their ads this season! Instead of single spots that will just air on the big day, Toyota and Volkswagen are both producing something closer to a mini-series, with new spots being revealed on You Tube and other social media channels as game day gets closer. Toyota features Big Bang Theory’s Kaley Cuoco as a sassy, purple-clad, modern-day genie, complete with a cute little dog for a sidekick. Volkswagen is featuring the sound of reggae legend Jimmy Cliff, encouraging sad and angry people everywhere to get happy, mon! We’ll keep posting the new pieces as they debut, so keep checking back here for the newest episodes.

Wish you were a little bit taller?

Or wish you were a baller? Either way, Big Bang Theory’s Kaley Cuoco (Penny! knock knock knock…Penny!) is granting wishes left and right in the sneak peak of this 2013 ad for the Toyota RAV4. And if you’re feeling like a baller because you remember this classic rap by Skee Lo, you’re definitely old enough to drive–it was released 18 years ago.
http://youtu.be/oKnuMIIEtoo

Here’s the RAV4 wish-granting genie getting the whole family in on the act. Want to be a princess? Eat more chocolate? No problem:
http://youtu.be/iymBRSUfz9U

Reprising his role as Ferris Bueller, Matthew Broderick plays an adult version of hookey in his Honda CR-V. How could he possibly be expected to work on a day like today?

In another 2013 pre-game release, Volkswagen enlists the good vibes of reggae legend Jimmy Cliff singing the Partridge Family theme to encourage the internet’s most infamous cry-babies and temper tantrum throwers to chill out and get happy. It’s good to see that crazy crying cat lady happy at last, isn’t it?

Does your office have “a case of the Mondays”? Don’t fret–every little thing gonna be all right.
http://youtu.be/9H0xPWAtaa8

Such a sweet little Darth

Easily among the most popular Super Bowl ads of 2012’s game, this spot for the Volkswagen Passat had us all believing in the power of The Force–the force of cuteness. And cool dads. And fun tricks with a remote key starter.