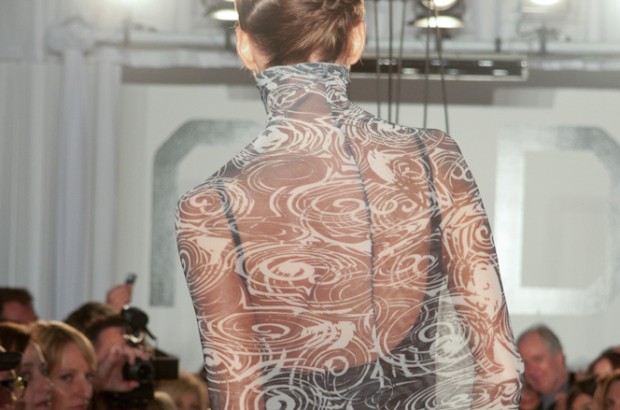 Now You See Me, Now You Don’t

Think camouflage is just for the military? Think again. Car companies routinely test their vehicles on public roads before they’re released for sale. But not wanting to expose their products before the big reveal – fancy media launches and ad campaigns – manufacturers cover their cars in wild designs to trick the eye and confuse onlookers.

DesignworksUSA, a design consultancy which designs BMWs as well as consumer products like cell phones, computers, and even airplane interiors for big-name companies like Hewlett Packard and Embraer, has transformed the German automaker’s signature black and white swirl camouflage into a unique form of BMW art.

The black and white swirl’s purpose is to obscure design elements that would alert competitors to BMW’s new style direction for a particular model. If you’re lucky, you could see a BMW test car with the kaleidoscoping pattern driving around your neighborhood.

Artists at DesignworksUSA printed a gossamer fabric with the swirl and created clothing that was auctioned off to benefit the A + D Architecture + Design Museum in Los Angeles. Know what’s great about that? If you were among the few who nabbed one of the original designs, you can be sure you’ll never have an “Ugh, she’s wearing the same dress!” situation.