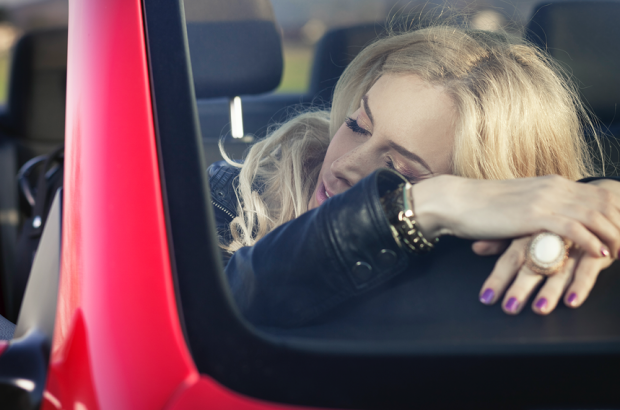 Put a Latte in that Cup Holder

You’ve implored your teen/college student never to drink and drive. You’ve begged them not to text and drive. And now, with the help of Toyota, Uber, and Arianna Huffington, Editor-in-Chief of the Huffington Post, it’s time you add fatigue to the list of “nevers” when behind the wheel. And by the way, this advice isn’t just for the very young. All of us should heed the warning.

According to Ms. Huffington, who has written a book called The Sleep Revolution: Transforming Your Life, One Night at a Time, drowsy driving is a “silent epidemic” which may be responsible for 1.2 million crashes each year, resulting in 8,000 deaths. Ms. Huffington says that since drivers became well aware of the dangers of drunk driving, alcohol-related crashes have been reduced by half. She is hoping that by bringing similar attention to the fact that 60 percent of Americans admit to driving while tired, fatigue-related accidents can be reduced in the same way.

Getting the Word Out

Huffington tapped Toyota and Uber to help raise awareness among young people especially. Students often work into the wee hours in study groups at the library or friends’ apartments. Though tired, they often amble into their cars and drive home. To make young drivers realize this is a bad idea, Toyota and Uber are backing Ms. Huffington’s Sleeping Revolution Tour. Ms. Huffington is visiting 16 American colleges to lecture on the importance of proper sleep as part of a healthy life, and to learn to recognize when one is too tired to drive.

Toyota is handing out free Uber vouchers to thousands of students who attend the lecture. “Distracted and sleepy driving really needs to get the attention that drunk driving has,” says Jim Mooney, a member of Toyota Marketing’s team. “We want to remind students that they can take a ride share instead of hopping in their car if they’re tired. They need to plan ahead, as they would if they were going to a bar, and decide it’s better to let someone who’s not tired drive.” If students order a ride with Uber, they are entered in a drawing for a personal sleep tutorial and ride along with Arianna herself.

Toyota also is taking this opportunity to educate drivers on new safety technology on its cars. A suite of safety features, collectively called Toyota Safety Sense, is being rolled out as standard equipment on many of Toyota’s most popular models. Even the well-priced Toyota Corolla will have Toyota Toyota Safety Sense standard on all 2017 trim grades, as part of the company’s celebration of Corolla’s 50th anniversary. Toyota will begin to include Toyota Safety Sense™ and Lexus Safety System +™ packages, anchored by automatic emergency braking (AEB), on almost every new vehicle by the end of 2017. Twenty-five out of thirty Toyota and Lexus models will include these packages by that time.

The Pre-Collision System included with the Toyota Safety Sense™ P package may also help to detect pedestrians. In certain conditions, when driving at speeds between 7-50 MPH, the technology will also look for potential frontal collisions with a pedestrian. If a pedestrian is detected walking in your vehicle’s path, it will alert the driver with an audible and visual alert, much like the vehicle detection of this system. If the driver does not brake in a set time and the system determines that the risk of collision with a pedestrian is extremely high, the system may automatically apply the brakes, reducing speed in order to help the driver reduce the impact and in certain cases avoid the collision.

Lane Departure Alert senses when your car is deviating from your marked lane and will give an audible and visual alert for you to correct the steering. If you don’t move the car back into your lane, Toyota Safety Sense will make a slight steering correction and put you back on track. This Steering Assist is found on certain Toyota Models equipped with the Toyota Safety Sense™ P package. And perhaps the most pertinent technology to combat drowsy driving, Toyota Safety Sense includes a Vehicle Sway Warning System. If it sees that you are swaying in your lane, as if you’re nodding off, it will give an audible alert and a coffee cup icon will appear on your display screen, suggesting you take a coffee break.

“As you might guess, these features are collectively a precursor to autonomous driving,” says Mooney. “One day, you’ll just get in and the car will safety take you where you ask it to go.” In the meantime, good judgment and the help of safety technology will have to do.