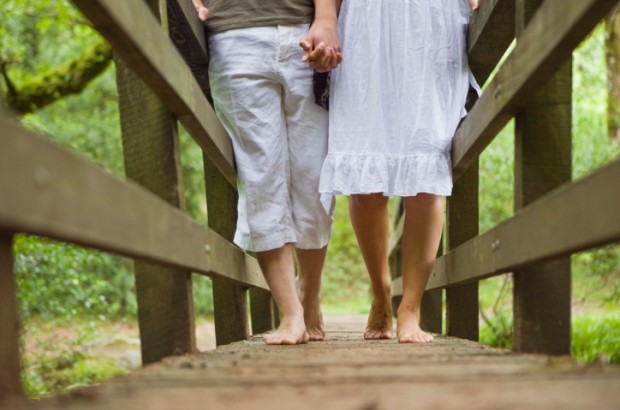 The season of road trips is upon us again and in keeping with the renewed spirit of adventure, this is a journey to a true out-of-the-way place: Rural, small-town America.

In the famous poem, “Work Without Hope,” by Samuel Taylor Coleridge, he writes:

And winter slumbering in the open air,
Wears on his smiling face a dream of spring!

Welcome to Richmond County, North Carolina. Nestled squarely in the south-central area of the state known as the Piedmont region, the southern boundary of Richmond County borders both Carolinas. Founded in 1779, it was named for Englishman Charles Lennox, the 3rd Duke of Richmond. The county went on to become a major textile-producing area whose residents took up arms to defend the South at the outset of the Civil War and paid a heavy price after its defeat. At the turn of the century, the railroad moved in and made Richmond County a major crossroads of all points north, south, east and west. Today, it is well-known for three things: Heritage, Outdoors and NASCAR Racing.

Hike, Bike and Fish the Outdoors

Exploring the area adjacent to the towns of Ellerbe, Norman and Hoffman in the far northeastern side of the county place visitors squarely in the 60,000-acre Sandhills Gamelands, a protected conservation area said to be the finest example of a long-leaf pine habitat in the world. Visitors can find dozens of endangered species of plants and animals—some native to this area alone. Hiking, biking, hunting and fishing are allowed on the grounds, but its real beauty lies in the solitude and peacefulness of nature. A day spent traversing the Sandhills Gamelands is sure to awaken your inner Thoreau.

“I went to the woods because I wished to live deliberately, to front only the essential facts of life, and see if I could not learn what it had to teach, and not, when I came to die, discover that I had not lived.”

When your day of exploring is complete, make it a point to stay at the nearby, historic Ellerbe Springs Inn & Restaurant. Built in 1906 during the mineral springs health craze, it features fifteen antique-filled guest rooms, and breakfast, lunch and dinner served daily. The fare is decidedly Southern – and that means generous helpings. Take a casual stroll on the grounds where fifty acres of walking trails and a five-acre lake await your need to de-stress.

At the next stop, listen for the locomotive’s whistle, because the city of Hamlet, North Carolina is known as the “Little Town That Can”, “The Hub of the Seaboard” and simply, “Train Town.” Around the turn of the century, the former Seaboard Air Line railroad set up shop and made the Hamlet a major crossroads. In 1954, the classification rail yard six miles northeast of town was the largest and most modern in the world. Today, CSX Transportation still hauls tons of materials daily through this bucolic town. It’s a great place for train enthusiasts (read: kids) and their families to visit, watch and photograph the busy railway traffic passing through.

The centerpiece of town is the majestic Hamlet Historic Depot & Museum, a passenger depot built in 1900, said to be the most photographed train station east of the Mississippi River. Its striking Queen-Anne Victorian architecture will capture your imagination. The depot is still an active Amtrak station to this day, offering trips north to New York and south to Florida each day of the week. While there, make it a point to see the vast model train display in the basement—a complete replica of Hamlet as it existed in the 1950’s.

Just up the street from the Victorian train station is the National Railroad Museum and Hall of Fame, a small place with a wealth of artifacts dating back over the entire era of the Seaboard Air Line Railroad. Photos and paintings adorning the walls show the famous passenger locomotives that once blasted through town, such as the Orange Blossom Special and the Silver Meteor.

Lastly, one must visit the specially built Tornado Building, which houses a replica of the first steam engine locomotive ever seen in the state of North Carolina. Originally built and delivered in 1839, the Tornado once led the Centennial Celebration Parade of Raleigh, N.C in 1897. Legend has it that the Tornado even became a brief prisoner of war, captured when Union Gen. William Tecumseh Sherman marched his Federal troops from the sea upwards—taking a direct route through the Richmond County seat of Rockingham, N.C. If you visit in the fall, you may have the chance to take in the annual Seaboard Festival on Main Street in Hamlet, where 20,000 visitors and vendors gather each year to celebrate the town’s railway heritage. The festival is always held on the final Saturday each October.

If you would like to dine in Hamlet, make sure it’s a Sunday and you’ve made reservations at the Seaboard Station Restaurant. You’ll get another dose of railway history inside and some of the best Southern Fried Chicken this side of grandma’s house.

If you tire of the slow pace of your journey, a stop at the Rockingham Speedway on Highway 1 ensures a cure—a quick one. The legendary one-mile asphalt speedway was completed in 1965 and for the next four decades became a regular stop on the vaunted NASCAR racing circuit. NASCAR legend Richard Petty once stalked the high banks (24 degrees!) and has won there 11 times in his career. After an eight-year absence, NASCAR racing is returning to Richmond County, with an event is slated for weekend of April 13-15th of this year. Get there early and you can experience the all-day ThunderFest Celebration in downtown Rockingham.

If you aren’t content to watch auto racing at Rockingham Speedway, you’re welcome to directly participate in the fun by challenging yourself at the Fast Track High Performance Driving School. Located in the infield, the experience begins with classroom instruction before you don a full firesuit, helmet and driving gloves for your own speed demon adventure. Following a skilled instructor pacing the field, you’ll be able to turn laps and compete for the fastest time.

If you prefer your speed in a straight line, you need to look no further than directly across the street. The Rockingham Dragway awaits you with over 90 drag racing events per year, meaning this place more than lives up to its nickname as the “Hardest Working Dragstrip in the Southeast”.

If music and concerts are more likely to get your motor running, take in the springtime Carolina Rebellion hard rock festival on May 5 of this year—also on the grounds of Rockingham Speedway. Headlining musical acts include Korn, Shinedown, Evanescence, Staind and Five Finger Death Punch.

Another local restaurant you won’t want to miss is Smithfield’s Chicken N’ Bar-B-Q in Rockingham. Not only do they have some of the best comfort food available, the location doubles as a weekly hot rod cruise-in on Monday nights. As for lodging, Rockingham boasts a brand-new Holiday Inn Express & Suites with 73 rooms, all featuring flat screen televisions and complimentary Internet access.

It can easily be said that a tour of Richmond County, North Carolina has something for everyone. Charm is the name of the game here and you’ll find plenty of Southern Hospitality along the way.