The Range Rover Sport is the sexiest SUV out there but don’t let its handsome build fool you, it’s also a reliable and rugged off-road trekker

A woman who says she hasn’t checked out the tall, chiseled UPS man is lying. We are genetically wired to flutter at the sight of cheery men hoisting our heavy boxes up several flights of stairs, and to watch with sly satisfaction as they scale back inside their trucks with a sense of purpose. But, in real life, women want a guy who can do the math and look sexy while doing it. Let’s call it swagger. In his single days, my cousin, the good-looking airplane pilot, worked his swagger to the fullest. It was fascinating to watch the women fall for the potent combination of a man with looks, brains and a uniform.

Subconsciously, women like Range Rovers for this very reason – they are expensive off-road capable vehicles designed to induce the swoon, which is why men also to aspire to the own them. I once survived an Icelandic blizzard in a Range Rover Sport as Icelandic countrymen dug out the snow from around me. It was terrifying, thrilling and a turn on to face the elements among the descendants of Vikings. I learned that Range Rovers can do the work, but they are also sophisticated and worldly, like the ideal man. And the best part – you don’t even need a man to drive one!

It was actually in the backseat of a Range Rover Sport during that Icelandic blizzard that I developed an appreciation for a quality interior. Trapped inside for nearly 18 hours with three other passengers, comfort and climate took on a whole new definition when the elements came knocking. To a lesser degree, those who battle stalled traffic on the interstate will understand the pains caused by cabin fever.

We all spend too much time staring at screens. For that reason, I’m resistant to anything that reminds me of the Internet in my ride. However, the luminescent screen that displays the navigation and audio system is appealing in an Apple sort of way: modern and functional. It looks even more attractive with optional white LED mood lighting, creating an atmosphere that makes me want to stay out until the wee hours, kind of like a nightclub.

The Range Rover Sport I tested seemed as if it was dressed as an oatmeal cookie – lined with almond-colored wood and nutmeg-hued leather. Seats are comfy in both the front and rear, which are all equally plush and contoured to the passengers’ body. But on roominess, the Sport leaves something to be desired. The cabin is best suited for four instead of five, even though there are five seatbelts. The fifth adult will feel more like the third wheel, banished to the uncomfortable hump seat. If you’re dating a New York Jets lineman, this might not be the SUV for you. If you’re more into lean soccer stars, you’ll have room to double date with the goalie and his girlfriend.

My two-year old son scampered up to “big blue truck.” He crawled inside into his car seat without requiring a boost. That was the easy part. When I folded up his stroller, a task I’ve mastered with one hand, I could not easily open the trunk. And the structure of the storage compartment compromises the spaciousness of the cargo area. The ’12 comes with a power tailgate that is height –adjustable, so perhaps my quibbles have been addressed. The stadium seating in the backseat made my son feel like he was a part of the action, enough that when the light turned green he would squeal “Faster, mommy, faster.” When he grew bored of looking out of the window, it was “Curious George” to the rescue on the easy-to-use video system. The Range Rover Sport supports a growing family, with infant carrier and child seat on its available options list.

Range Rover is well equipped with the latest standard safety technology – electronic brake assist, Bosch ABS brakes, active roll mitigation and a six-airbag supplemental restraint system – which luckily I didn’t have to test. Did I mention blizzards? New York hurricanes? And that the Land Rover was delivered to me hours after the eerie east coast earthquake? Safety is, in essence, a state of mind. In this department, Range Rover has me sold. The vehicle’s sturdy construction makes it feel confident and safe.

If you can’t beat them… Land Rover has finally come into the 21st century, after years of lagging behind its competitors in the tech department. New 7″ touchscreens are attractive and easy to use, and your cell phone can now be used via an optional voice activation system. There’s Bluetooth, iPod connectivity and a USB port.
I am a geeky audiophile, and was happy to learn that standard radio is upgraded on the ’12 from 240 watts in 9-speaker to 380 watts over 11-speakers. The Harmon/Kardon stereo option now comes with 825 watts and 17 speakers. Young passengers will be thrilled to discover USB connectivity in the rear — ideal for tuning out parents.

New for 2012, the Range Rover Sport wears an 8-speed transmission for better fuel economy. It also gets 10 horsepower boost over last year’s model, thanks to a powerful twin-turbocharged V6 engine.
Range Rover makes off-roading accessible for the novice. It comes equipped with permanent four-wheel drive and a two-speed transfer case to meet the need of the outdoorswoman. The Terrain Response System is designed to be intuitive clearly dividing snow, mud, sand and rock crawl. With a quick flip of the switch adjustments are made and the vehicle responds to the elements in its path. Yes, you can play Indiana Jones.

The BMW X5 and the Porsche Cayenne will also tempt shoppers who consider the Range Rover Sport. Once you bump up to the V8 engine in these models, the Range Rover Sport is priced competitively. The Range Rover Sport that I drove had a sticker price of $62,745.00 with delivery charges. For a zestier ride, there’s a supercharged version with 510 hp and 473 lb-ft of torque starting at more than $75,000.00, which also plunges fuel economy down to 12 mpg city / 17 mpg hwy. The super-glitz model, called Autobiography, is the top-of-the line and comes with more leather and mood lighting, priced at $86,000.00. It’s a crowded SUV field in this price range, and many of the Sport’s competitors are both stylish and off-road capable. So it comes down to your personal taste. The Sport hits on all fronts, but a word of caution: Range Rover has been barraged with complaints of uneven quality in years past. While my vehicle seemed sturdy, it’s up for debate whether Range Rover Sport will hold up in the residual value department. 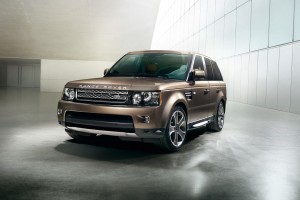 Key fob complicity and stunted cargo space in the rear