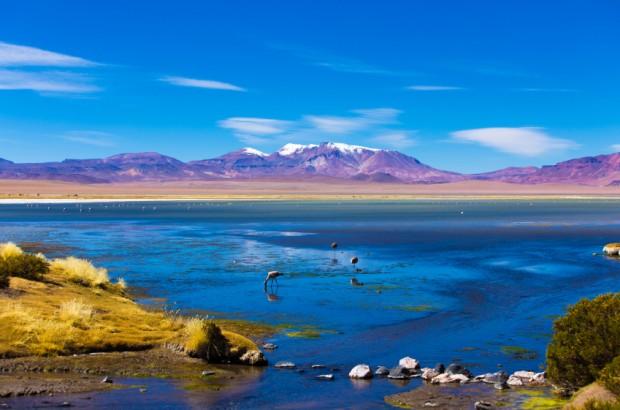 Non-profit organizations nationwide are getting financial boost from Toyota to support stewardship of our country’s public lands.

This land is your land

In the furtherest NE corner of the Unites Stages lies the rugged coastline of Maine. It’s one of the first places in the country that you can see the sun rise every morning. One of the most beautiful destinations, open to everyone, is Acadia National Park, recently voted “America’s Favorite Place” by Good Morning America viewers. You can find ancient pines, majestic mountains, and natural wonders for miles. But you know what’s hard to find there? A good internet connection.

Meanwhile, 3,255 miles away, an amazing thing happened on February 12, 2012 at 9:15 p.m. Special infared cameras in Griffith Park, which is smack-dab in the center of the City of Los Angeles, captured images of a previously undiscovered mountain lion roaming around this city’s green space. Without the cameras, no one would have ever believed that a huge mountain lion made its home in such a populated city area.

So what do these two areas have in common? They are both special areas of our country known as Public Lands. This is a designation for many areas throughout the country that are not privately owned, such as our National Parks. There are thousands of small enclaves of public land across the US that don’t get much attention or funding. Most of these are supported by a program called Public Lands Every Day, which gathers together volunteer groups committed to the upkeep of these places. Volunteer groups, often called Friends Groups, can be found from Mt. St. Helens in Washington down to Friends of Gumbo Limbo Nature Center in Florida, which helps to preserve nesting areas for endangered sea turtles. These areas could not exist without the vast array of local volunteers who keep them running.

So what will Toyota’s contribution accomplish? With stretched budgets and limited staff, land managers at federal, state and local public lands need all the help they can get. Volunteer organizations, while dedicated and passionate, are often underfunded and understaffed. Thanks to Toyota, thirty-five non-profit groups are receiving grants of up to $5,000 each for “capacity building” activities to serve public lands including: communications and website, strategic planning, software and technology, fundraising, board development and volunteer training.