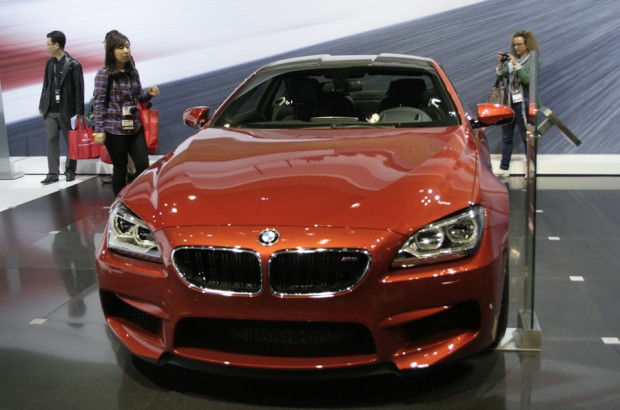 Juiced Up About Orange Cars

Hot lava. Habanero. Tangerine orange pearl. Rame (that’s Italian for auburn). Are these the hottest new shades for the 2013 fashion runways? Guess again–they’re the names of the newest crop of hot colors for 2013 cars. Orange cars are hot!

It might be possible that we’ve started a trend–VroomGirls has always been a fan of the happy hue. Just look at our logo! This year’s LA Auto Show featured many flaming pops of our favorite citrusy color amongst the usual whites and silvers. Are drivers ready to leave behind the automotive world’s 50 shades of gray for warm shades that burst with energy? If the new cars at the LA Auto Show are any indication, the answer is yes!

Take a look at these 10 fiery beauties–from demure copper to flaming tangerine, you might find orange cars are your new favorite.

This absolutely gorgeous 2013 Jaguar F-type convertible would turn heads in any color, but in this hot Firesand orange? Admirers were tempted to lick the lid for a hit of orange candy flavor.

What’s the hottest pepper available at the market, with so much fire you have to wear gloves just to handle it? The habanero. And what’s the hottest color for a sweet new 2013 Toyota Prius-C? Yep, that would also be habanero, which was featured in this VG Style article.

Subaru’s newly-designed 2013 XV Crosstrek is definitely on the hot orange cars bandwagon with its Tangerine Orange Pearl. In fact, a visit to the Subaru website shows that at the moment, this is the only available color available for the sleek crossover in the LA area. So for the moment in LA, the Crosstrek says go orange or go home.

The 2013 BMW M6 has exotic looks, with an exotic-sounding color to match–Sakhir Orange, named after an Arabian desert. BMW is no newcomer to Orange, with a recent special racing model we showed you.

The Mini’s catchphrase at the LA Auto Show this year is “Not Normal”. This 2013 Mini Cooper S Paceman in Brilliant Copper is far from normal. Can you say “Copper Cooper” three times fast? Me neither.

4 Responses to “Juiced Up About Orange Cars”