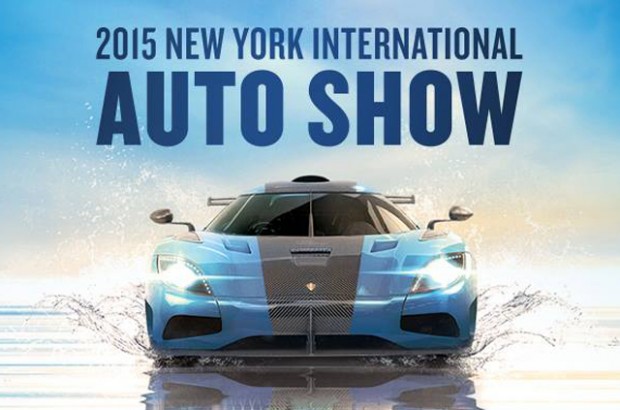 Jay-Z and Alicia Keys got it right in Empire State of Mind: These streets will make you feel brand new, the lights will inspire you, let’s hear it for New York–and the great new cars making their debuts.

The fashion world has Fashion Week. The auto world has the New York Auto Show. The bold, the beautiful, and the bizarre all make their big debuts this week as the world gets to see these shiny new beauties for the first time. VroomGirls is bringing you a sneak peek at the best of the lineup!

Redesigned 2016 Lexus RX–have you been working out?

Wow–major changes to Lexus’ best -selling mid-size luxury crossover! Of course, the only car brand cool enough to be name-checked by Jay-Z would have to debut its game-changer in NYC, right? In the looks department, it’s much more masculine and edgy. Check out that grill! And it’s not just about looks–the 2016 Lexus RX boasts 300 horsepower with improved fuel economy, hi-tech Michelin tires, and a vast collection of the latest safety features. It also gets a huge 12″ touch screen for audio, nav and climate systems. That’s bigger than your iPad.

All New 2016 Scion iM–Cute, capable, and ready for some fun

Girl seeks fun, easy-going, compact SUV. Must be cute, sporty, and love a good time. Must love dogs, and all my friends. Must be willing to haul all my stuff, but compact enough to not make a scene in the parking lot. If you can do all this for under $20k, please iM me! The new Scion IM would make a great date–and what a hottie! #ScioniM.

Grown-up. Dramatic. Protective. Stylish. Safe. Not words you’d typically associate with and entry-level, $16k car. At that price, you wouldn’t expect a low-speed pre-collision system that uses lasers and cameras to help the driver avoid collisions and to help minimize damage in the event of an accident, but you get one. A rear view back-up camera is also standard. Nothing basic about it! #ScioniA

Imagine a Segway and SmartCar hooked up and had a baby. Or maybe it’s a Vespa and an astronaut suit. Whatever it is, it’s the future of urban commuting! You can just imagine getting in one of these and thinking, “Not today, traffic! Not today.” And if they really do come out with the lime green or pink one, as they did with the prototypes in Japan, well…let’s just say I know more than a few Vroomgirls who will be camping out in a line in front of the store to get one, just like they do for the iPhone.

Watch this ridiculously cute video to see it being test-driven in Japan!