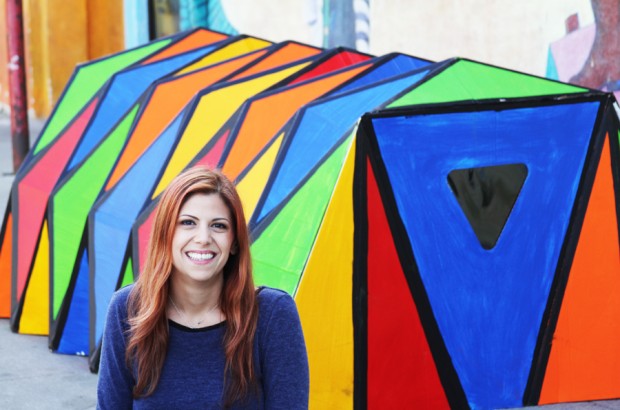 Meet the Amazing Mothers of Invention

Toyota’s 2015 Mothers of Invention harness their creative powers to contribute to their communities and the world.

When you hear a person—especially a woman— described as creative, what often comes to mind is someone with visual flair, or an artistic sensibility. Creative women are thought of as the ones who dress with a little more color, or blog about crafts. Maybe they post a lot of interesting pics to Instagram, collect design ideas on Pinterest, or are finishing a novel.

There are some women, though, who take creativity to the next level. They use their creative energies to change not just their surroundings, but the lives of others around them. The Toyota Mothers of Invention program awards grants to women who are woking to change the world. The recipients for 2015 Mothers of Invention are three women with amazing vision, creativity, and drive who have developed innovative ways to empower others.

Where some might only see a piece of cardboard, an old bus, or a distracting mobile phone, these Mothers of Invention envision emergency shelter, hygiene for the homeless, and medical care for the developing world. This year’s winners include Tina Hovsepian, who is using origami to design shelters, Ting Shih, the inventor of a mobile phone software that provides medical expertise to remote populations, and Doniece Sandoval, who converts retired city busses into mobile shower facilities for the homeless.

Have you ever tried origami, the ancient Japanese art of paper folding? While still a great option for decorative ornaments or a clever party invitation, could it also offer a modern solution for emergency temporary shelter? In Tina Hovsepian’s hands, it might. “To me, origami is transformation,” Hovsepian, a graduate of the U.S.C. School of Architecture. Hovsepian was inspired by the way that paper, “with a few folds” take on “a life of its own.” Substituting paper for cardboard, Hovsepian is using origami to transform lives. Her nonprofit, Cardborigami, creates transportable temporary shelters that can be expanded to provide privacy and protection. The collapsible, portable shelters are recyclable, water resistant, and flame retardant. She designed the shelters to aid the urban homeless as well as those affected by natural disaster. Hovsepian says she hopes to create not only “a more comfortable space on the streets,” but also a first step along a path toward empowerment. “I think everyone deserves shelter,” she says, “and that’s what Cardborigami is able to provide.”

Snap chat with a doctor

“It doesn’t matter where you live, who you are, what gender or income level you are, everyone needs health care,” is the conviction Ting Shih She was challenged as an MIT grad student to create a business that would affect more than a billion people. She accepted the challenge, and put her efforts toward a project that uses smartphone technology to address global health care challenges. Shih’s software technology, ClickMedix, affordably expands access to healthcare to millions in underserved populations and remote areas. The software allows health organizations around the world to use to use mobile phones to connect with medical specialists via phone and get consultation advice. It allows users to securely send symptoms data and images in order to facilitate a diagnosis and get patients the help they need. “All over the world, most people have a phone before they even have electricity,” Shih says, “so why not use mobile phones to deliver health care?”

If the idea of personal medical data on mobile phone seems unnerving, Shih assures that ClickMedix is “HIPPA compliant and bank level secure. We encrypt everything.”

Shih’s team did three years of research and development, and had pilot programs in ten countries to show that you can use the data and images collected in mobile phones for a diagnosis by a remote physician in another country. Dermatology, for example, was one of the easiest categories illustrate this new technology. In the country of Ghana, there are 24 million people, but only five to ten dermatologists. Using mobile phones as a conduit can deliver the knowledge of these doctors to millions who wouldn’t otherwise have access to it.

What to do with an old bus? Turn it into a much-needed shower service for the homeless! According to Doniece Sandoval, founder of Lava Mae, homeless service providers in San Francisco estimate the number of homeless people in the city to be around ten to fifteen thousand. “There are, at least from a hygiene perspective, only sixteen shower stalls that these people can access, and not many more toilets, either…they can’t access what they need to be clean in order to apply for jobs, or find housing, to maintain health and well-being. I had very distinct experience passing a young woman who was sitting on a sidewalk, and she was filthy. And she just kept saying over and over again that she would never be clean, and that really struck a note within me.” At the same time, Sandoval became obsessed with the growing food truck movement, and decided that if it was possible to put gourmet food on wheels, then why not put showers and toilets on wheels and take them to people who need them, too? After reading an article about some old city busses that were being retired, Sandoval said, “I want those busses!”

“If you are a creative person—if you feel like you can make a change—then you’re an innovator. You’re an inventor. To invent is just to see the world as you want it to be and do something.”

Since 2012, Toyota’s Mothers of Invention program has awarded a total of $650,000 in grants to 13 remarkable women using innovation, entrepreneurship and invention to make a difference in their communities and the world. Collectively, the first 10 honorees have affected more than 160 million lives in 155 countries – and the three recently named 2015 Toyota Mothers of Invention are just getting started.

Toyota’s Mothers of Invention series identifies and recognizes women who actively contribute to their communities and the world through innovation, entrepreneurship and invention. Do you know anyone that is an innovator or entrepreneur who is trying to make a difference? Let us know about them here at Vroomgirls and we will nominate them now!