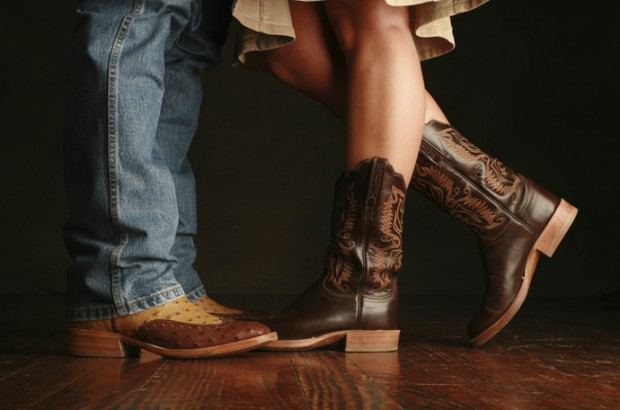 Gruene Hall may hold the title of Texas’ oldest dance hall, but Floore’s Country Store was the epicenter of honky-tonk music in the ’60s and early ’70s. Nestled on a dusty side road off of Highway 16 on the outskirts of San Antonio, you’ll know you’ve arrived once you see the cacophony of signs that rise up to greet you, including “World’s Best Homemade Tamales” and “Willie Nelson Every Sat. Nite.”

Willie still does the occasional show, but in the early ‘70s, Floore’s was his main stage. He wrote his hit song “Crazy” here and referred to the original owner, John T. Floore, in “Shotgun Willie.” After losing in a run for Mayor of San Antonio, Floore first opened the Red and White grocery store in 1942 as a combination market, real estate office and beer joint. But after a few years of seeing carloads of San Antonians speed by on their way to other honky-tonks in Bandera, he moved to a bigger store across the street, painted the walls pea-green and added a dance floor. In 1949, a huge concrete slab was poured out back under the oak trees, which Floore dubbed “the largest patio in the Southwest.” The rest is music history.
From the beginning, Floore’s has attracted scores of live music fans and, back in the day, Johnny Cash, Bob Wills, Buck Owens, Patsy Cline, Hank Williams and Ray Price all performed there. Robert Earl Keen recorded his 1996 concert album, No. 2 Live Dinner at Floore’s and Lyle Lovett paid homage in “San Antonio Girl.”

Today, the club showcases local talent like Reckless Kelly and the Randy Rogers Band. Now on its fourth owner, Floore’s has been given a second life with the recent installment of a new roof and air conditioning, along with picnic tables, several outdoor bars, wooden fence and a Honky Tonk Cafe. The facility still has the massive outdoor patio that’s perfect for music under the stars, plus a smaller indoor dance floor that holds around 400 people.
A few years ago, the Texas Historical Commission awarded Floore’s an official Texas Historical Marker. Floore’s was also recently admitted into the National Register of Historic Places, designating it as a significant part of local history. After all these years, the Family Night and Free Dance still happens every Sunday.
14492 Old Bandera Rd./Hwy. 16, Helotes; 210.695.8827; liveatfloores.com

“In Luckenbach, Texas / Ain’t nobody feelin’ no pain,” sang Waylon Jennings in his 1977 classic ode, which quickly made the remote hamlet a household name. “Where Everybody’s Somebody” is the Luckenbach’s official motto. They also like to say around town that “you can’t find a place more laid-back without being unconscious.” The tiny community was established as a trading post in 1849; the still-standing post office was built in 1854. Jerry Jeff Walker’s live recording Viva Terlingua and Willie Nelson’s huge Fourth of July celebrations in the ’90s helped keep Luckenbach on the map.

With its open-air vibe, it’s a favorite sunny-day destination for the biker crowd and is a cash-only operation. Luckenbach consists of an outdoor stage, historic post office/general store/cantina, western wear and souvenir shops, plus a large dance hall built in 1883 (now, one of the latest entries on the “endangered” list). Live music can be heard daily on an outdoor stage in the summertime and Friday night dances are usually free, as is the mid-week entertainment. The Luckenbach dance hall typically hosts more than two dozen national acts a year and can be rented for private parties and “shotgun weddings.”

“There is no way you can orchestrate or create what Luckenbach has come to be,” said Kit Patterson, (grandson of the town’s revivalist, Hondo Crouch), in Dance Halls & Dreamers. “It’s a combination of so many people’s different lives, the time, the place, the culture, the music. People either get it or they don’t. It’s a bit more three-dimensional than Waylon, Willie and the boys. There’s no population, but there is a community here.”
412 Luckenbach Town Loop, Luckenbach; 888.311.8990; luckenbachtexas.com

The newest belle of the ball in dance hall restoration is Sengelmann Hall, located in Schulenburg, halfway between San Antonio and Houston. The red-brick hall was built by German settlers in 1894, but closed in the early 1940s at the start of World War II and later became a Western Auto store. It hadn’t been danced in for nearly 70 years when it reopened to the public in June of 2009 with Junior Brown as its headlining act, following a two-year, million-dollar restoration by new owner and Houston-based artist Dana Roy Harper. Sengelmann Hall now features new air-conditioning and bathrooms, an Old World European-style bakery and restaurant “with a Texas twist,” plus the original longleaf pine dance floor with cast-iron Corinthian columns. The mahogany saloon bar was custom-built from old photographs to replicate the original, plus mature pecan trees were brought in from Harper’s family ranch to bolster the former outdoor biergarten.

Due to its meticulous restoration, Sengelmann Hall has gone on to win various architectural and preservation awards, including the National Preservation Award in 2010. “But it’s not a museum devoted to what once was,” Harper reminds us, “It is what was.”
531 North Main Street, Schulenburg; 979.743.2300; sengelmannall.com

The live music happens year-round, but Texas is notorious for summer nights that are both hot and humid. Many of the dance halls still don’t have air-conditioning and may be subject to sweltering temperatures on the dance floor amidst the June-August heat that even a well-placed ceiling fan or ice-cold Shiner Bock can’t always assuage.

Most historic dance halls are located in small communities, with few options for overnight stays. Check the respective dance hall or town’s website before you go for help in finding the best places to sleep after a show.
Texas Dance Hall Preservation’s website is a wealth of information, including a Dance Hall live music calendar, photos & interactive location map: texasdancehall.org