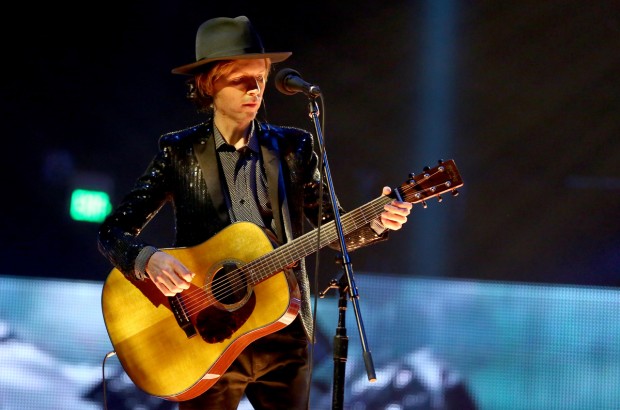 Lincoln and Beck Say “Hello Again” to a Bowie Classic

Coolness can be such a fickle thing. One minute you’re the “it” brand, celebrity, color, cellphone, car, or designer, and the next minute, you get Heidi Klum’s dreaded “auf weidersein”. The good news is, names associated with retro style can always become new and hip again given the right spin. Think of the TV show Mad Men, or the words of Macklemore’s “Thrift Shop” song– “I wear your Grandad’s clothes, I look incredible…”

When it’s time to reinvent one’s brand, it helps to enlist the company of the coolest, hippest people you can find. And that’s just what Lincoln has done to promote its new MKZ. It’s totally modern and retooled, while still showing off the style that made it an icon in the first place.

So which artist has Lincoln linked in to show how seriously they take their progressive cred? None other than the guy who always seems to be on the cutting edge of cool, without ever trying to be–and that’s Beck. He was hip when he only had two turntables and a microphone. But in a new partnership performance with Lincoln, he goes quite a bit beyond that—way beyond. The one-time-only show was captured with three 360-degree cameras, along with 360-degree binaural microphones allowing viewers of the digital experience to feel as if they’re actually there. Viewers watching at home with headphones can sit in different seats and listen from different positions, including Beck’s. The viewer can take the camera to bird’s eye view, circle the arena, and even sit in Beck’s “seat”. They take the craziness even further with facial recognition technology that adjusts the sound as viewers turn from side to side. Yes, that means it watches you as you watch the video! Imagine being able to jump from one side of the hall to the other, hearing completely new perspectives on the song as it comes to life around you.

In addition to Beck, Lincoln enlisted the talent of another always-cool innovator, David Bowie. And right on cue, Bowie has just released a new album, The Next Day, which has become the fastest-selling album of 2013. The song chosen for reconstruction and re-imagining was Bowie’s classic “Sound and Vision”. This amazing feat was directed my renowned multi-media artist Chris Milk, and famed composer and conductor David Campbell was the arranger/composer. (He also happens to be Beck’s dad.) The entire audience was surrounded by 150 musicians, led by the Dap-Kings.

You can watch a simplified director’s cut of the concert here,
http://youtu.be/QnOmrDzRrGQ

but in order to get the full effect of the immersive 360-degree experience, go here. This thing is so intense, the viewing actually has to be done on a real desktop computer, not a tablet or phone. The website recommends using headphones for the the full binaural effect (oooh!) and even suggests that you quit all other apps and close all other browser tabs before viewing. This thing is not playing around!

And apparently, Lincoln is not stopping here. “Hello, Again,” is a yearlong, multiplatform program that supports reinterpretations of noteworthy artistic material to create fresh and distinctive bodies of work. Who knows what they’ll come up with next?