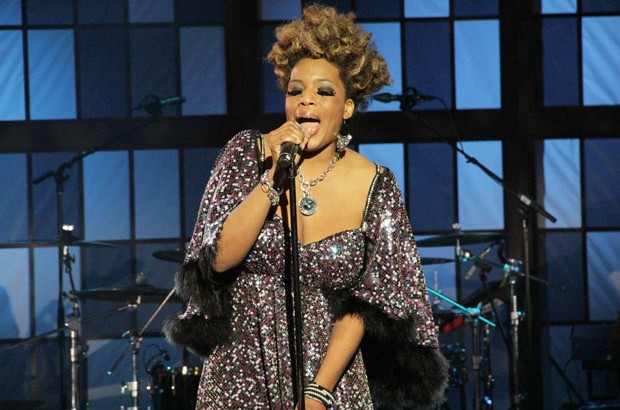 Ever wonder what would happen if Def Poetry Jam and a Blue Note nightclub hooked up in a Lexus? They would make Verses & Flow.

The last time you got an invitation to an evening of “spoken-word” entertainment, it might have been around the mid-90’s. You went into a “Friends”-style coffee house with saggy old couches, smoked clove cigarettes, and watched your college roommate’s emo, patchouli-scented boyfriend read painfully bad poetry.

Fast-forward to 2012. Verses & Flow, now in its 2nd season, takes spoken-word entertainment and gives it one extremely cool makeover. Turns out, there is a resurgence of the spoken word to both entertain and enlighten, especially within the African-American audience. Lexus and TV One have teamed up to produce Verses & Flow to highlight contemporary poets, musicians, and artists, getting a whole new generation involved in the process. This diversity of voices brings thought-provoking poetry and great music to a modern audience.

The taste of feel of the show is palatable from its opening graphics, as an old-school mike swirls against a palate of smoky purples and blues. This season’s episodes of Verses & Flow feature dynamic readings from an intriguing array of poets, as well as musical performances by contemporary neo-soul, R&B and hip-hop artists. Among this season’s musical lineup are Eric Benét, Tamia and Luke James. Macy Gray kicked off this season with her unmistakeable voice, working her version of Radiohead’s “Creep”.

A Hot Host Helps The Cause

The show is hosted by Omari Hardwick, aka that really hot TV cop in “Dark Blue”. He is also well-known for his roles in Tyler Perry’s “For Colored Girls” and the anticipated new film “Sparkle” with the late Whitney Houston. And if Twitter updates at #versesandflow are any indication, the former NFL player is not unpopular with the show’s female viewers.

But according to the show’s spokesperson Karen Lewis, Hardwick is more than just the show’s eye candy. He is a genuine poet, with over 4000 written poems to his credit. He continually updates a poetry website with his own verses, one of which begins, “I lament the green eyes of a queen never before seen…” And if that weren’t enough to give him some serious spoken-word cred, he flies to Florida once a month to host a poetry camp for kids.

Lexus’s involvement in Verses & Flow is not just in names and cars only–they are closely involved in the show’s production.

Says Lewis, “They are there every step of the way. Lexus vets all the poets on the show…they are very involved on that end.”

The whole Verses & Flow universe grew out of a idea from Lexus. To show off Lexus luxury to a new generation, they held special, invite-only events around the country called the Lexus Listening Lounge. These were intimate club evenings with entertainment from artists like Alicia Keys, where guests were all given VIP treatment. A few new Lexus models were on hand as well for guests to experience on a more relaxed and intimate level than they would in a showroom. These events were so well-received that Lexus created a web portal to bring the vibe of the Listening Lounge to a bigger audience. Entertainment, music, lifestyle, and the lowdown on Lexus can be found here at luxuryawaits.com

Verses & Flow airs Monday nights on TV One, 8pm PDT/11pm EDT. Full episodes from last season and current performance videos, as well as profiles on the artists, are watchable on versesandflow.com

One Response to “The Driving Beat”