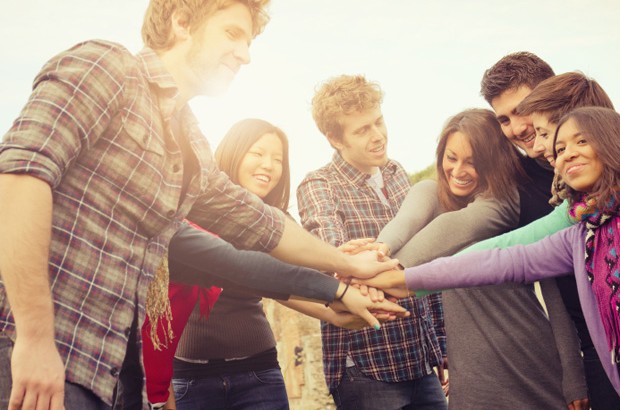 Lexus Targets Teens–But Not For Driving

Have you heard the latest efforts from The EcoNarcs? How about The Elymenators, The Techletes, the Kookaburras, ECKH20 Preservers, Green Freaks, Eco Hawks, the Riptides, or Breaking Wind? It’s not the latest lineup of Indie bands at SXSW, but teams of middle and high school students aiming to save the planet. (Of course, Breaking Wind is a middle school group…)

Oh, these millenial teens. You’ve seen them, walking around like zombie extras in The Walking Dead, although the cause of zombification is not a zombie bite, but the face-in-the-iPhone variety.

But Lexus has not given up hope on the tweeting, Twilight-watching, instagramming set. In a very creative and forward-thinking move, the Lexus Eco Challenge was born. What’s encouraging about this program is that it’s not about cars or driving at all. As much as they’d love one, the teens are not promised a shiny new Lexus upon completion. This inventive program put the impetus back on teens to look outward to their own community to see how they can improve their own environments, and in turn improve the planet.

The program has been going strong, and is starting its seventh year. The Lexus Eco Challenge has awarded $4.5 million in scholarships and grants to empower middle and high school students to learn about the environment, then take action to make it better. This week, several of the winning student teams were recognized for their efforts, and a total of $500,000 in scholarships and grants was awarded to students and their schools.

“The Lexus Eco Challenge encourages teens to start local and then go global. All ten of these winning teams brought their idea to a larger audience to make a positive impact in the world,” said Mark Templin, Lexus group vice president and general manager. “Through this program, nearly 30,000 participants have learned that their passion and commitment can make a difference in the world.  It’s a lesson they can take with them the rest of their lives.”

Since the program has been successful for six years now, it has gained a reputation for coolness in the schools. According to teacher Ashlie Beals in Lexington, KY, “My younger students eagerly look forward to their chance to participate in the challenge when they are in 8th grade.” Her team, which focused on water conservation, was called the “One Towel Wonders”. Their challenge was to encourage peers to use one towel for one person for one week. Simple, but a great way to conserve water and the energy needed for that extra watching. Of course, the students used the tools in their online arsenals–Twitter, Facebook, videos–to get their message out to the masses.

Lexus teams up with Scholastic (remember ordering books from them when you were a kid?) to give teachers lesson plans and teaching tools to mobilize their classes and get their teams ready.

Here are some of the wonderfully creative projects the students took on:

For their entry in this year’s Land & Water challenge, teacher Maribel Pregnall and her team, the Elymenators, took on the considerable amount of Lyme disease cases that their hometown is reporting. For the Final Challenge, the team reviewed the data they gathered about the local spread of the disease in order to apply their findings to an international campaign. The Elymenators mailed letters to the Centers for Disease Control and Prevention to petition for re-administration of the Lyme vaccine and visited local schools and medical offices to educate people about Lyme disease prevention (and the correlation between the disease and nearby wildlife destruction). For a wider-ranging approach, the team contacted various national hospitals and got enthusiastic notes of support from medical facilities in India, South Korea, and Germany.

For their Final Challenge project, teacher Alexandra Davis and the Eco Hawks put it simply: “We focused on people’s knowledge of recyclable items.” Even though green issues have received more national attention over the past 10 years, the team’s home state of South Carolina has an extraordinarily low recycling rate at 27.7%. (In 2011, neighboring Virginia and Washington reported 43% and 50%) The Eco Hawks used their state’s reportedly low enthusiasm for recycling as an incentive to get the word out. The results are quite inspiring: The team partnered with dozens of local organizations, spoke to the House of Representatives, appeared in newspapers and local television news, and more. Their programs yielded a 16% increase in local curbside recycling, and the students collected nearly 70,000 plastic bottle caps for recycling!

Teacher Cate Arnold and her team developed what they call a “Real Cost Kiosk,” an online service-learning tool that promotes more responsible consumers by assessing the big-picture toll (costs of natural resources, labor, energy, and more) for using a common item. The students spread the word about their kiosk by forging partnerships with 30 schools, as well as mapping out a physical kiosk for their school.

he mosquito population in Project Reservoir’s community is particularly pesky. A local initiative from the team and teachers Robert O’Donnell and Joel Naatus to reduce mosquitoes (adding holes to garbage cans, because without them, they’re breeding grounds!) worked like a charm. Currently, five additional schools and several city firehouses have adopted the “Put a Hole in It” campaign, and local and national governments have been looped in on the progress.

So you see, in spite of the iPhone and Justin Bieber, not all hope is lost. Today’s teens are full of great ideas, and love for the planet. Nagging at them to pick up their wet towels may not ever be completely effective, but perhaps saving the environment with the one-towel challenge will.

One Response to “Lexus Targets Teens–But Not For Driving”