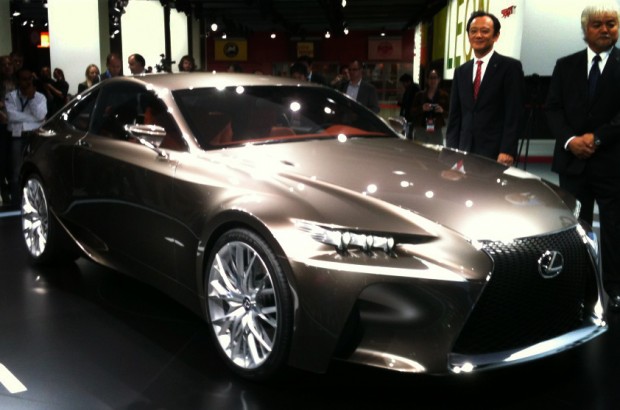 Has this ever happened to you? You get totally glammed up to go to an event. Bring your serious “A” game. Salon-fresh blowout, Wonderbra working its magic, makeup done by some guy who pronounces you FAB-u-lus, and wickedly sexy shoes that defy the laws of gravity. You walk in, and for a few precious moments, you own the joint.

But then “she” has to walk in. You know the one. Struts in like she just don’t care, and you realize you needn’t have bothered. All eyes are on her. Her totally tight and sleek bod has curves in the right places–the shape you’re attempting to accomplish with a drawer full of industrial-strength Spanx. But of course, she doesn’t look like she had to put in actual effort to look good–she’s so sleek and modern, you just know she was born that way. And all the guys are stumbling over themselves to get a look at her, because she’s got just enough of a hint of nasty girl to keep her interesting. Like you’d bet she waxes everything off and gets tattoos in some crazy places. Sort of like Angelina Jolie in her pre-Mother Teresa days.

Ok, maybe this has never happened to you. But you know who it did happen to? Pretty much every new car at the Paris Motor Show this week. And the big name behind the sexy beast who stole the show was not Chanel, Dior, Porsche, or Ferrari. It was…wait for it…Lexus!

Oh yes. The new Lexus Future Concept Car was unveiled today in Paris. The body is sleek and beautifully aerodynamic. From the front, you immediately notice the Lexus signature spindle grille-only bigger and badder. Triple LED headlights are striking, as are the sleekly arched “eyebrows” that are Anastasia-worthy.

From behind, the full-width bumper flows into the rear wheel arches, accentuating LF-CC’s broad, powerful stance. In other words, nice butt! Which is a good thing, because with a powerful V8 engine, a lot of other cars may be seeing this baby only from behind. So–an engine this badass and powerful must be tough on the environment, right? Wrong! the LS 600h is the world’s most powerful full-hybrid V8.

If that weren’t enough, she’s just as pretty on the inside as the outside. (Don’t you HATE that??) All LED lighting, gorgeous quality leather, touch-friendly interactive controls, and the world’s first multi-zone automatic climate control system, aka the “climate concierge”.

It wouldn’t be hard to picture all the other cars at the Paris Motor Show making eye-contact with each other, with a catty smirk and nod that silently says, “Yeah…we all hate her.” But the drivers? They are very glad she came to the party.