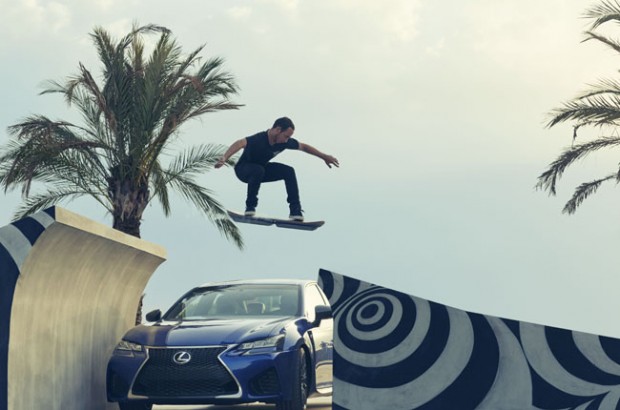 The hoverboard? Real or fiction? It’s definitely real, and Lexus built it. But you still can’t have one.

Remember watching Back To The Future? Which of those cool Marty McFly gadgets did you want the most? Some thought the time-traveling DeLorean was the thing to have. And sure, time travel would be great, but there was that whole awkward overhead weird door thing going on, plus the scorch marks. (Not to mention the pitfalls of going back in time to meet your then-teenage parents.) And the DeLorean? Well, that’s one car that didn’t exactly stand the test of time. But the hoverboard? Now we’re talking. If you had a skateboard that was so fast it could glide on air, who would need a time machine? You could go anywhere as fast as you wanted, and do some cool tricks while you’re at it.

So how well did the movie Back To The Future do in predicting the actual future? It is, after all 2015 – the “future” Marty visits in the movie. Unless it’s in an underground bunker somewhere, we haven’t invented a time machine. Sorry to disappoint you, but you can stop saving those 90s hippie floral dresses. You’re not going back there, and Huey Lewis and the News are not planning a reunion tour. However, some of the inventions – like paying for something with a fingerprint scan – are part of our lives now. But the hoverboard has remained in the realm of movie fantasy and special effects. Or has it?

Take a look at this video!

Believe it or not, that’s not digital trickery. It’s a real life hoverboard, brought to you by Lexus. How fun is that? We’d love to be able to tell you that they’re available at your nearest Lexus dealership, but that is not the case. At present, this is a experimental piece of magnetic levitation technology. The hoverboard operates only in a specially built park in Spain, where strong magnets have been placed underground to keep the board on track, but not touching the ground. Do you remember playing with magnets in school, and how the ones with the same electrical charge would repel each other? The Lexus Hoverboard operates on a more complex and scientific version of that principle. Adding more flair to the coolness factor is that the board uses superconducting material cooled to negative 197 degrees through immersion in liquid nitrogen. The smoke you see coming from beneath the board is not just for looks, but is a product of the hoverboard’s power source.

So as of right now, you can’t go out and buy a hoverboard. And you have to be in a specially built park to even use it. And, if that weren’t enough, it looks pretty darned tricky to ride! As you can see in the video, even skateboarding superstar Ross McGouran is having a tough time staying upright on the Lexus hoverboard. Your average citizen would probably be in need of an orthopedic doctor after about five minutes. So maybe gangs of commuters on hoverboards aren’t going to be taking over the streets just yet. But the technology to move people and things along at high speeds with no friction is pretty amazing stuff. So who knows what fun and exciting things Lexus might have learned from this little experiment? Today, a hoverboard. Tomorrow, a hovercar? A hovertrain? Who knows?

We’ll have to go back to the future and check it out.

One Response to “The Lexus Hoverboard: Yes, It’s Real!”