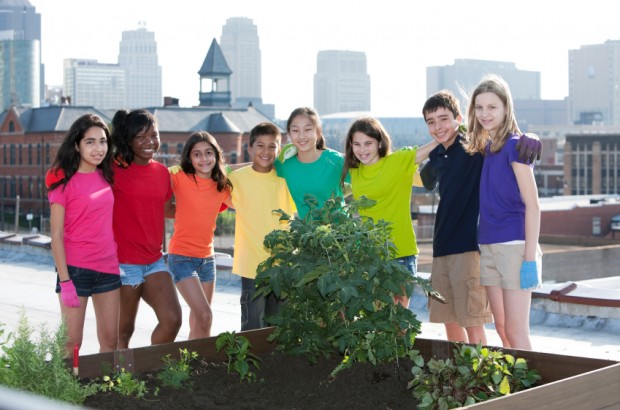 Lexus Gets Kids Ready to Eco-Rumble!

Kids today need challenges, right? The Lexus Eco-Challenge encourages students to save the planet, and gives them some cash incentives to do it.

Ah, fall. The beginning of a new school year is here. The smell of raked leaves and newly-sharpened #2 pencils fill the air. Backpacks are loaded down with books, and the halls are alive with the sound of ringtones. Students everywhere get their school spirit on in order to engage in the time honored tradition of pep rallies before the big game. But it’s not only the football jocks who have the whole school cheering them on to victory. Thanks to the Lexus Eco Challenge, the science kids finally get to be the new school heroes. Winning on the gridiron may garner a trophy or two, but champions of the Lexus Eco Challenge win cold hard cash for their efforts–up to $30,000–both for their school and their college funds. And, they get to save the planet while doing it.

So what is the Lexus Eco Challenge? It’s a program designed by Lexus and Scholastic to educate and empower students to take action to improve the environment. Teens are encouraged to come up with ideas to create a better world, then take one of those ideas and implement it. Middle and high school students across the county can participate in challenges addressing environmental issues related to land, water, air and climate. Teams must define an issue, make a plan to address the issue, implement the plan, and report on the results. The kids come up with a catchy name for their team, and get some real-world experience in taking an idea from concept to reality, which is always the hardest part. This last year, finalists built worm bins to experiment with vermicomposting, collected tons of recyclable handheld electronics, built birdhouses to help protect native bird species from predators, and implemented composting programs for the school cafeterias.

Now that the competition has been held for several years, it generates anticipation with each incoming class of students. Just as with sports teams, schools that have been winners in competitions establish reputations as the ones to beat. One such team is Clark Magnet High School in La Crescenta, California. Since the first year of competition, teams such as the Econarks and the Riptides have been led to victory on a regular basis by science teacher Dominique Evans-Bye. Her hard work and passion for the environment has literally paid off. In 2011 alone, she and her students won over $70,000 and the top prize in the Lexus Eco Challenge. The winning project involved collecting marine samples, and discovering high levels of arsenic and heavy metal contamination in lobster tissue. After winning $50k in the Eco Challenge, the local Lexus dealership in Glendale, CA donated an extra 20k to fund more scholarships and help out with costs of science classes. With the money from Lexus, the school was able to purchase a special VideoRay Remote Operated Vehicle, which allows them venture out in a boat and explore deep in the ocean’s caverns. As a shout-out to the local Lexus dealer general manager, Johnny Harrison, students named their new marine robot the “Johnny Lex”. The robot is also used as needed by the Ventura County Sheriff and Search and Rescue teams.

“My class is really about field work and getting the kids out on the boat,” says Evans-Bye. With many schools facing a budget crisis, Evans-Bye thought she might be facing cuts in funding for her classroom. Instead, she can put money directly toward her environmental science class’s hands-on curriculum.

Participating students receive other real-world life lessons as well. At the beginning of the process, says Evans-Bye, “they’re all going crazy with these wild ideas” about how to save the planet. But one lesson she has to impart to students is that ideas are just words unless they have a plan behind them. “That’s great, I tell them, now go and write up a proposal for that idea.” In addition to science, students gain skills in organization, communication, and teamwork.

The scholarship money won by the students has had a huge impact on their lives as well. All the winners have gone on to further their education. Some have chosen environmental science as a field of study. According to Nancy Hubbell of Lexus, one student’s parents explained to her how Clark’s winning the Lexus Eco Challenge changed their son’s life. Being autistic, college had never been an option he had seriously considered. But during the challenge, his aptitude for detail, recording of data, and organization played a key role in his team’s success. Encouraged by seeing what he could accomplish, along with receiving a financial scholarship, he acquired the confidence and vision to continue his education.

But as all championship teams know, at the start of the season, all wins are set back to zero. With the call for entries at the start of this school year, Lexus is once again calling for the competition to begin. Are the kids from Clark ready to bring it once more? According to Evans-Bye, the students are continuing to explore and understand how pollution from the land affects the ocean and marine life. In addition to using their undersea robot to photograph the effects of manmade debris on ocean habitats, they will be working with the Los Angeles Waterkeepers on a project funded by an award from the State Farm Youth Advisory board. In order to keep litter from drivers from being washed from surface streets into the ocean, the students will be developing reusable trash receptacles for drivers to keep in their cars.

So who will this year’s winner be? Can the Riptides bring home another grand prize? Or will it be a repeat from last year’s winner, the One Towel Wonders from Kentucky? The ECOH20 Preservers from Michigan, or team Breaking Wind from New Jersey? (yeah, they’re middle school. duh.) Best of luck to all the competing teams, and keep those great ideas coming!