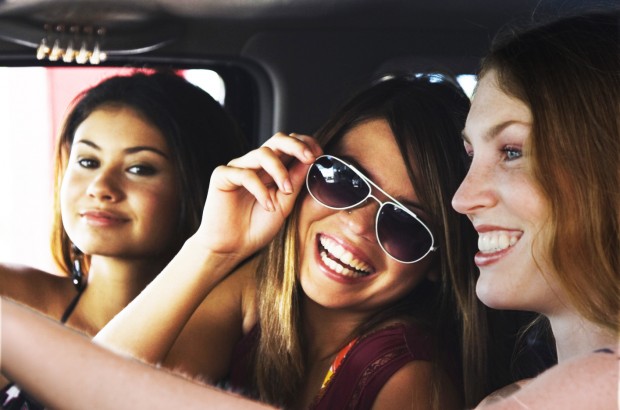 With gas prices going up again it’s time to think outside of the box. Leave it to women to understand that carpooling is cool.

We’ve been doing it with our kids for years so why not start sharing a ride to work, grocery shopping or a trip to the airport? It saves gas, reduces carbon emissions and is just another way to network and make friends.

When carpooling.com, a European ridesharing business that is accessed over smart phones, computers and social networks, took an inventory of 2 million monthly users, 53% of them were women and 47% were men. The company, which is coming to the US later this year, has 3.5 million registered users and gives daily access to more than 650,000 transportation opportunities.

“Thanks to carpooling.com, 725,000 tons of C02 and 375 million liters of gas have been saved; not counting the millions of savings by users and the thousands of friendships created (including more than 10 marriages!),” says Odile Beniflah, Head of International Public Relations for carpooling.com.

Yes, but is it safe?

“More women use our ridesharing platform than men which many people find surprising,” notes Carpooling.com CEO Markus Barnikel. “People tend to think that women are more sensitive to security concerns and that they are less likely to consider ridesharing. As our figures show, however, this doesn’t hold to be true. Women are actually more open to sharing in their daily lives.”

What if I’m picky?

The site also offers the option of female-only rides, ID authentication, a user rating system and Facebook Connect – features that further increase levels of trust and accountability. People can choose with whom they want to ride, how much space and comfort they need, where they want to meet and what they are willing to pay. With location-based technology and ridesharing mobile apps, carpooling can now be spontaneously organized on the go.

The survey shows that by 2026 a quarter or more of urban inhabitants will favor carpooling over owning their own wheels.
Aside from the statistics, carsharing is a way to socialize. Joanna Pepper, who lives in London remarks, “I drive home from the city every weekend and always try to take on passengers. Initially, I started to offer rides to save money on gas but over time it became more of a social thing for me. You meet such diverse people from all walks of life so you often have some fascinating conversations.”

Some other ways to get around:

Google Transit helps you plan a bus or train trip on your smartphone. In some cities, GPS-enabled apps like Nextbus track transit times to let you know if your ride is running on schedule. Cabulous and Taxi Magic are easy apps for cabs.
Smartphone car sharing companies like car2go, and Getaround use privately owned cars that rent by the hour. Zipcar’s Wheelz is for campus car sharing.