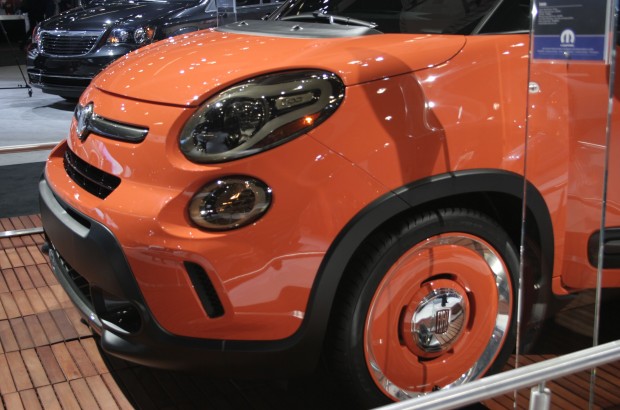 For the last 100 years, the LA Auto Show has been the place to show off new car models for the upcoming year. 2014 is no exception, with some tasty new offerings from some of our favorite carmakers. Here are a few world premieres that caught our eye.

A family-friendly Porsche is not the oxymoron it once was. This smaller, cuter version of the Porsche Cayenne has enough room to fit kids, dogs, or friends for a weekend shop-a-thon. It will likely have a starting price of under $50k, which would make it the least expensive Porsche offering. Because why should doctors in mid-life crisis mode have all the fun?

Want a compact sedan, but ready to move up to the luxury market? Audi A3 lineup is all new for 2014-15, and has four new offerings–the sedan, an S3 sport model, a convertible, and a plug-in hybrid. Our favorite new feature–the navigation screen that completely retracts into the dash.

Quite possibly the prettiest newcomer of the group. The new body shape is so sleek that the door handles don’t even stick out. The style is totally modern, yet manages to have a bit of retro elegance as well. Maybe all those Jaguar appearances on the stylish “Mad Men” TV show have rubbed off.

The ultimate tanning machine. It’s noticeably bigger than its predecessor, and more comfortable. Watching the three-part hard top automatically retract in 20 seconds could be the highlight of your day, and provide hours of entertainment when pulled up next to unsuspecting fellow drivers.

This snazzy new number from Volkswagen is their first all-electric offering. If you’re used to thinking of electric cars as squatty little lightweight things, this solidly built good-looking German could change your mind. And look at those gorgeous wheels!

This sexy thang from Lexus is a concept car. That is automotive lingo for cars that the company wants to make to show off their design and engineering chops, but isn’t necessarily promising to produce for the public just yet. But they do inspire the imagination, and are darned nice to ogle. This one has the added benefit of being a hybrid–a sleek sport coupe hybrid.

Making its U.S. debut is another cool contender in the rapidly-growing “baby SUV” category the Mercedes GLA 250. Although it didn’t garner as much attention at the LA Auto Show as the Vision Gran Turismo that all the video game dudes were fawning over, this model is one you can actually drive in real life.

Another concept car, this was one the eye-catchers that was designed here in the USA. Although the name sounds like some hotel you’d find off the strip in Vegas, the car itself has quite a commanding presence. It’s unapologetically big, and pretty cool looking, too.

So what do you think, readers? Do any of these shiny new cars call out to you? Let us know your favorites!

One Response to “Hot New Rides from the LA Auto Show”