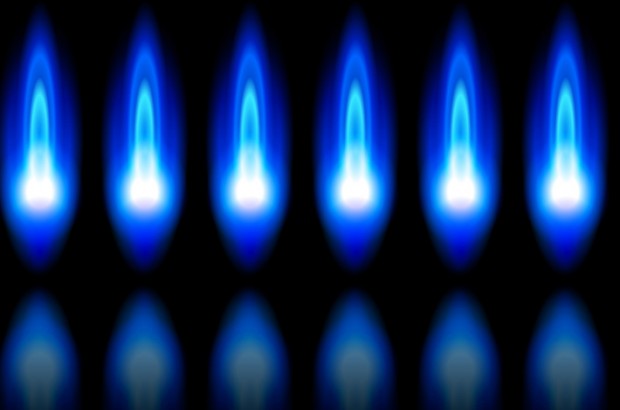 It Heats Your Home, Grills Your Burgers, And Powers Your Car

Honda amps up its marketing of a natural gas-powered Civic, hoping to grab an audience looking for cheap fuel.

Fuel for Your Backyard BBQ And Your Car

But, you may ask, why natural gas? Natural gas is a fuel that’s used to heat buildings, cook food, dry clothes, heat water, and help produce electricity. It is also used as a transportation fuel. It’s sometimes called “gas” for short, not to be confused with the gasoline that runs your car. Gasoline is a liquid, while natural gas is a gas. And most importantly, it’s not imported. Natural gas is sourced domestically.

Yes, But How Does It Differ From Gasoline?

Natural gas is a mixture of gases formed from the fossil remains of plants and animals that lived more than 200 million years ago (before dinosaurs) and were buried deep in the earth. Over millions of years, heat and pressure inside the earth turned the decaying remains into fossils, and then into natural gas.

Natural gas gives off a lot of heat and light when it burns, but doesn’t produce smoke. That makes it a popular fuel choice, because it burns cleaner, hotter and brighter than other fossil fuels, like coal and oil. Today, more than half the homes in the U.S. are heated by natural gas.
When used to fuel a vehicle, natural gas is clean burning. As a result, tailpipe emissions are reduced 30%, engine life is increased, and oil changes and tune up intervals can be extended.

The 2012 Honda Civic Natural Gas, formerly the Civic GX, went on sale in October. What’s interesting to note is that this vehicle has been around since 1998 mainly as a vehicle for fleet use.

While natural gas cars powered-cars are popular in many European and South American countries, Honda is the only automaker that produces a natural gas car in the United States. But the technology is nothing new. GM and Ford manufacture and sell natural gas cars in many countries.

Fill Up In Your Garage For Less

Unlike bi-fuel vehicles that use natural gas and gasoline, Honda’s “dedicated” Civic Natural Gas houses an engine that’s optimized to run only on natural gas. The Civic Natural Gas remains the cleanest internal combustion engine ever tested by the EPA. The tailpipe emissions are 30% less than a gasoline powered car.

The four-door sedan, which looks identical to gasoline-powered Civic, has a 110 horsepower four-cylinder engine that produces about 30 horsepower less than the standard Civic engine. The Honda Civic Natural Gas fuel economy is rated at 27 city and 38 highway resulting in a range of about 240 miles per fill up.

The Honda Civic Natural Gas is equipped with a tank that holds a 8 gasoline gallon equivalent (GGE) of compressed natural gas fuel. The tank, which is hidden behind a carpeted liner, does consume some trunk space but leaves quite adequate room for carrying groceries, gear, or minimal luggage. The cost of a GGE of natural gas (at this writing) ranges from $2.36 in Salinas, California to $1.29 in Suffolk, Virginia. There are currently 936 CNG (compressed natural gas) fueling stations in the country according to the U.S. Department of Energy. And the numbers are growing.

At $26,155 ($27,655 with a navigation system), Honda Civic Natural Gas costs about $5,650 more than the gasoline powered EX model. While there are no tax incentives currently, Jessica Fini, Environmental Spokesperson for Honda, says that the vehicle could very well qualify for future tax incentives.

Additionally, in California, the Civic Natural Gas is HOV worthy, meaning that if you own one you are allowed to drive in High Occupancy Vehicle (or “carpool”) lanes, even with only one person in the car. “The only cars that qualify for that now in California are electric vehicles, fuel cell vehicles and plug-in hybrids. HOV lane decals for hybrids expired this summer, and the state wants to encourage the adoption of next level technology,” explains Fini.

One Response to “It Heats Your Home, Grills Your Burgers, And Powers Your Car”