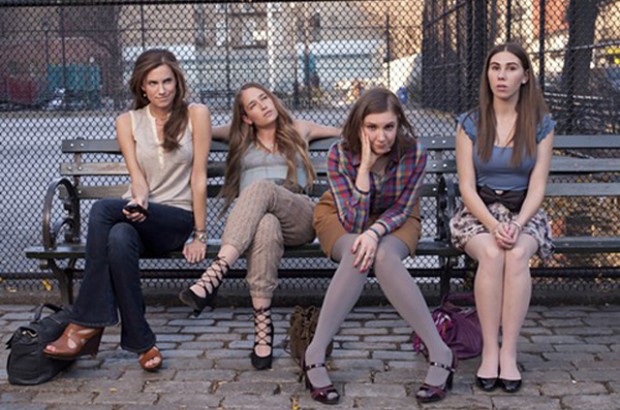 If The Girls from “Girls” Had Cars…

The editors here at VroomGirls wondered what the ladies from the HBO series “Girls” would drive if they had cars.

If the girls from the HBO series Girls had cars, what would they drive?

The show is about four self-obsessed twenty-somethings coming to grips with growing up in New York. And yes, in Brooklyn having a car is not a necessity, but … let’s just imagine. Sure, they could just rent a Zipcar for a weekend visit to their friend’s parents’ beach house in the Hamptons. But if money or renting a garage space wasn’t a concern, what would these compulsive chicks choose?

At an all-girls NYC Oscar watching party on Sunday night, I queried my friends about their views on this important subject. That night, my group of girls included a high school senior, a therapist, a TV producer, an NYC judge and a full-time mom (all ages, all types and all smart, savvy New Yorkers who are avid Girls aficionados). Between drinking champagne, eating homemade pizza and dishing about the awards, we came to the following conclusions:

Personality: Hannah is a mixture of fearlessness, confusion, self-involvement, entitlement, creativity and narcissism, but she always remains loveable.

Type of driver: Nervous but careful. Hannah would be the type of driver to pick the slow lane on the New Jersey turnpike.

Cars: The eclectic Hannah would not want to own a cliché. We think she would pick interesting looking vintage vehicles like a small Ford truck, a funky VW bus or a MINI.

Personality: The classically beautiful Marnie portrays a conservative character that is uptight, driven, independent and intelligent.

Type of driver: We figured that she would be a confident driver who is in control and has a great sense of direction.

Cars: Marnie would go for a new vehicle that is refined, discreet and well heeled. We’re thinking Audi and BMW coupes.

Personality: Kooky and free-spirited, the bohemian-flavored Jessa may act self-assured, but she has a dark side.

Type of driver: Yes, we believe that this girl throws caution to the wind, and that’s why we’re not sure that we would like to take a test drive with her. Jessa is the kind of driver that would dent your car to get out of a tight parking spot.

Cars: Jessa might pick something vintage. She also would need a car that she wouldn’t mind getting beat up. Her personality speaks Triumph Spitfire, MINI Cooper or wood-paneled PT Cruiser. But to indulge her wild streak, she also might try something with some muscle like a Dodge Charger or a new Mustang. Fast? Yes. Practical? Never.

Personality: Shoshanna is the modern day Marlo Thomas (That Girl) — but one that has sex. Self-deprecating, neurotic, yet sweetly adolescent, Shoshanna is highly impressionable.

Type of driver: Oy vey! We imagine this girl to be a neurotic driver that is lost, is wondering which button to push, is unsure which lane to be in or can’t figure out how to put gas in her car.

Cars: Shoshanna’s parents would buy her a Prius because it has good ratings and gets good gas mileage. Then again, she may opt for an adorable Fiat.

Holly Reich lives on the Upper West Side of Manhattan and reviews cars.

One Response to “If The Girls from “Girls” Had Cars…”