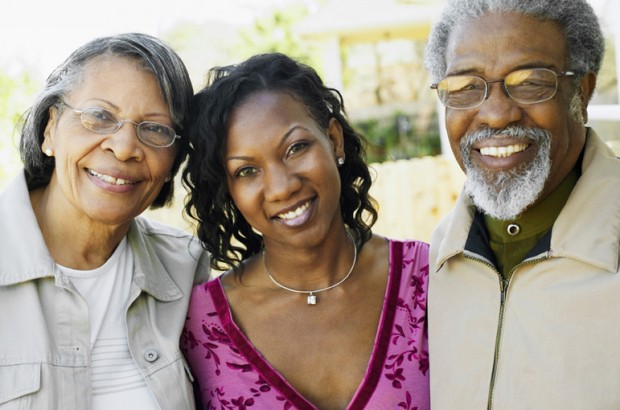 Are Your Parents Too Old to Drive?

It may be the toughest conversation you ever have with your parents. Telling them it’s time to give up their driver’s license. After all, you’re not just asking to take their wheels away, but also their freedom. I remember when my own mother tried telling my grandfather he should not be driving anymore. This, after watching him barrel along headed into oncoming traffic on the wrong side of the road. He didn’t give in without a fight, and it was only after his car stopped running that his driving days came to an end.

“It’s a huge, huge part of people’s independence,” stresses Carolyn Rosenblatt, a Nurse Attorney who frequently represents car crash victims, and is co-founder of AgingParents.com. “The ability to get in a car and go where you want, when you want, is very important to almost everybody.”

“Think about if somebody told you you couldn’t drive anymore,” Rosenblatt adds. “Most people have a lot of fear about getting old and having somebody put them in a home or lose control.” And driving is very symbolic of both independence and control. “So it’s terrifying for most people to think about – not only because it’s an inconvenience of not being able to drive, but because of what it [signifies].”

But having the talk is a must for most adult children, especially since the collision rate per mile driven rises steadily for drivers 65 and older, according to AAA. And those drivers are involved in more accidents per mile driven than any other age group except teenagers.

Also, 80 percent of people in their 70s suffer from arthritis, making turning, flexing, and twisting painful. Weaker muscles, reduced flexibility, and limited range of motion restrict their ability to grip and turn the steering wheel, press the accelerator or brake, or reach to open doors and windows. In fact, because older drivers are more fragile, their fatality rates are 17 times higher than those of 25 to 64 year olds.

The good news is that some problems that come with age can be corrected. For instance, updating an eyeglass prescription or getting cataract surgery can fix vision issues. And working with a therapist may improve leg strength and mobility if a driver has arthritis.

Some problems can’t be fixed, though, and while many seniors are willing to hand over the car keys if approached the right way, many aren’t. For those who do resist, age alone should never be the deciding factor say the experts.

BE ON THE LOOKOUT FOR WARNING SIGNS “There are a lot of 90-year-olds who are perfectly safe behind the wheel and there are 55-year-olds who are medically at risk and probably shouldn’t be driving,” says Jacob Nelson, Director of Traffic Safety Advocacy & Research for AAA.

So, be on the lookout for warning signs, regardless of age. “There are dozens, from disorientation or being confused on familiar routes, to seeing dents and scratches on the car that you haven’t noticed before,” Nelson says. “Confusing the gas and the break pedals is another example, and an increased number of near misses.”

“Having a lot of other motorists on the road honk at the driver could be a sign that they’re driving too slowly or that they’re hovering the lanes,” Nelson adds. “If they’re easily distracted, and get an increased number of warnings or traffic tickets — those are some of the most common symptoms.”

But the biggest red flag, according to Rosenblatt, is if someone gets lost on his or her way home.

“Even once, because you don’t get lost going to your house,” she explains. “For a lot of elders, they’ve been living in the same place for a really long time. If they just moved, that would be one thing. But people who have been going to the same place for 50 years, if they get lost going home, that’s a sign that memory is slipping and that the sequential thought that we all need to be safe drivers is eroding.”

Memory loss in general can be a sign it’s time to hand over the car keys. “Even if you don’t have the opportunity to be with an aging parent in the car, if they are repeating the same stories they just told you 10 minutes ago, that’s one of the indicators that there might be some dementia creeping in,” Rosenblatt says. “And you can’t have a progressive deteriorating illness like dementia and think you’re going to be able to keep driving indefinitely.”