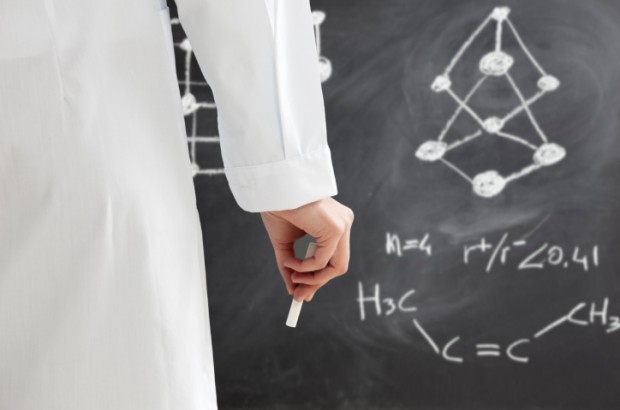 How do automotive engines turn gasoline (or diesel fuel) into forward motion? In this Vroom Girls University article, we’ll explore the inner workings of your car’s engine.

Automotive engines consist of multiple cylinders (usually four, six or eight), all bored into a block of metal (the engine block). Each cylinder contains a piston, which moves up and down. A connecting rod connects the piston to a rotating crankshaft, which turns the up-and-down motion of the piston into a circular motion.

Today, all car engines are “four-stroke” or “four-cycle” engines, meaning it takes four movements of each piston (down-up-down-up) to complete one power cycle. Let’s look at what happens in each of the four cycles.

When the piston gets to the bottom of the cylinder, the intake valves close. The piston moves upwards, compressing the fuel-air mixture and making it hotter and more volatile.

When the piston reaches the bottom, another set of valves, called exhaust valves, are opened. The piston moves upward, pushing the spent exhaust gases out of the cylinder.

When the piston reaches the top, the exhaust valves close, the intake valves open, and the cycle starts again.

Before gasoline can be burned, it must be mixed with air. On modern cars, this is the job of the fuel injection system.

From all these numbers, the ECU decides exactly how much fuel is needed. Gasoline automotive engines like an air-to-fuel ratio of around 14.7:1, but the ECU can fine-tune the mixture, making it leaner (more air) or richer (more fuel), depending on conditions.

The fuel is sprayed into fine droplets by the fuel injectors. In most cars, this takes place in a chamber just outside of the engine called the intake manifold. Most automotive engines have one injector for each cylinder, placed just above the intake valves.

Some newer designs use direct fuel injection, which sprays the fuel directly into the cylinder during the intake stroke. Direct fuel injection provides more precise control over the amount of fuel, essentially allowing more of the fuel to be burned. This increases power and fuel economy and reduces emissions. Because the injectors must withstand the high temperatures and pressures of combustion, direct fuel injection systems are more expensive to build.

The intake and exhaust valves are driven by a camshaft, a long spinning shaft with several egg-shaped lobes. As the shaft turns, the tall part of the lobe pushes the valve open. By altering the profile of the cam lobes, engine designers can fine-tune the opening and closing of the valves (called the valve timing) and change the characteristics of the engine.

Unfortunately, valve timing is a compromise. A cam profile that provides strong power at high engine speeds might result in a rough idle or poor low-speed power. (This is why many old muscle cars have such a rough idle — they have cam profiles that are tuned for power, rather than smoothness.)

A fairly recent development is the variable valve timing system, known by trade names like VVT-i or VTEC. Variable valve timing is a mechanical system that moves the camshaft slightly as engine speed increases, which effectively changes the valve timing. This allows the engine to produce more power at both high and low RPMs, and results in smoother, stronger, and more even acceleration.

One Response to “How Automotive Engines Work”