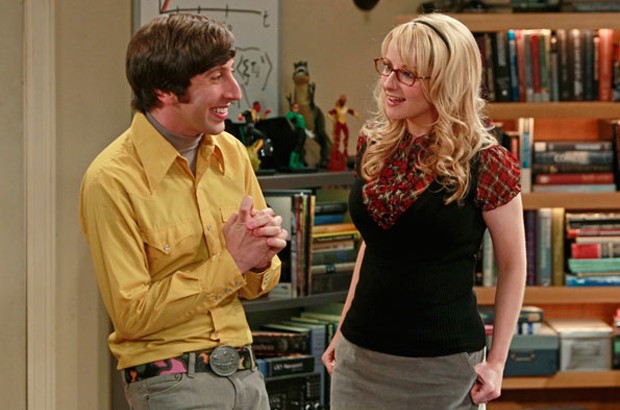 She plays Bernadette, the lovable microbiologist on the hit sitcom “The Big Bang Theory”. The good news is that Melissa Rauch is just as lovable outside her role, and she’s also a car gal. We asked her to wax poetic about her earliest memories about cars and driving.

I was recently looking through some old photo albums, and I realized how the cars in the pictures were like long lost family members. Each car, from various parts of my life, held such a place in my heart. For me, and I’m sure most people, these hunks of moving metal are memories on wheels – each conjuring up special moments from my childhood. My father’s white 1970 Plymouth Duster appeared on several pages of these albums. My Dad held onto that car long after it was a suitable car for a family of four. The white had severely faded, and it was more of the color New York City snow takes on after it’s been driven through for a few days.

I came across a picture of the blue Buick my parents adopted when they moved to the suburbs of NJ from NY. My fondest childhood memories are in this blue boat. Driving to the Jersey Shore, back when it was a nice family hangout – before body shots and STD’s took over the beach. Semi passed out on the way home from too much cotton candy and caramel (the real kind, not the names of the strippers that currently work at the boardwalk), feeling the hot leather on my cheek.

My parents would think they would be whispering up front as not to wake us, but being that they are from the East Coast, their whisper is the equivalent to most people talking at a normal volume. I loved hearing that “whisper” as we moved along…about to doze off knowing my parents were so close. Most of the time when we arrived home I was still awake, but I would pretend to be asleep just so that I would get carried into the house. Again, my parents saying at full voice to each other “SHHHHH! Don’t wake her – carry her to bed so we can watch Knots Landing!”

Not too long after, when I was a pre-teen, my parents welcomed the Plymouth Voyager into our driveway, as if delivered by a automotive stork. This Minivan witnessed me at my most awkward stage. There was a lot of eye-rolling, begging my mom to “just drop me at the mall,” and trying to act cool during carpools with the really popular girls who encouraged me to stuff my bra – only to tell everyone that I did so later.

This was before they had power doors on mini vans, and you had to work up a lot of momentum and arm muscle to slide the back side door shut. Whenever one of the means girls we were carting around would try to shut it, it wouldn’t close all the way. So, I would have to do it for them. It was the only thing I could do better than them. I like to think the Voyager had my back and was screwing with those bitches.

I showed no loyalty though, leaving it in the dust, when the Chevy Cavalier came into my life upon getting my license. I felt so bad-ass that it had a spoiler on the back, and that I knew it was called a spoiler. “Which one is my car? Oh, the one with the spoiler on the back.” Most people have teenage memories of making out with boys in the backseat. Mine are more in the vein of driving around in that car with the closest thing I had to a high school boyfriend singing “Rent” at the top of our lungs. I wonder why he never made a move on me? Maybe he wasn’t into my spoiler.

Though long gone, all of those cars will always remain such a part of me. Since I moved out to Los Angeles, I’ve driven a Honda, my first car as an adult. I got in an accident pretty much the minute we got here (damn left turn on yellow), and those side air bags saved my life. Some people say I should drive a fancier car – and maybe one day I will – but if a person saved your life, you’d feel like you’d owe them something for a while. It’s been around to drive me to my first day of work on a film set. It’s been a willing accomplice in my accumulation of multiple LA City Parking Tickets. It’s taken me on road trips up and down the beautiful coastline of California with my husband.

The Honda’s even seen me through some pretty embarrassing times: a lot of ugly crying in my car when I couldn’t get a job, talking back to self-help CD’s, and using my navigational system to get me to the same Whole Foods I had been frequenting for at least a year. Like a family member, it’s been there through the good times and the not so good times, and to be honest, I’m not quite ready to have it be just another memory in my photo album. Perhaps it’s my “white” Duster.