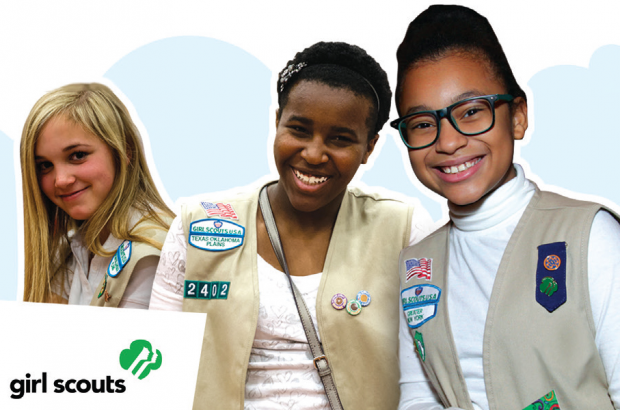 Girl Scouts Drive Into the Future

Girls in 2015 have grown up in a world where it’s cool to be financially independent. We love that! If she’s under 16, today’s girl has never known a world without the Destiny’s Child (that’s Beyoncé’s old band, kids) lyric, “All the honeys, makin’ money, throw your hands up at me!” from the song Independent Women. As Vroomgirls, we are all for “Purse so heavy, making Oprah dollars” like the young ladies of Fifth Harmony sing about in their breakout dance hit Bo$$. Other pop star diva lyrics promote this same idea. In Love Don’t Cost A Thing, Jennifer Lopez states, “Think I wanna drive your Benz? I don’t. If I wanna floss I got my own.” Independent AND a car lover? J-Lo is a Vroomgirl, for sure.

All this praise for financial independence for women is great! But there’s one small detail that’s often overlooked, and not quite as sexy to sing about: exactly how will all these ladies be making all this money? And when they do make it, how are they going to hold on to it in a world of skyrocketing student debt and rising housing costs? Less than half the states in the U.S. offer financial education in schools. The desire to be financially savvy is there, but financial independence takes skill and education.

The good news is, according to a Girl Scout Research Institute study, is that girls see a future in which they are financially independent and empowered. Over 80% of the girls polled said that they would rather make their own money than marry someone who would support them financially. But the bad news is that only twelve percent feel very confident in making financial decisions.

With the launch of “Driving My Financial Future,” Toyota Credit Services (TFS) is stepping up to help girls reach their goals of financial independence. In cooperation with Girl Scouts of America, TFS has pledged $2.1 million to help girls in underserved communities to become self-reliant and financially literate. TFS volunteers will conduct financial empowerment events nationwide. The funds will also provide college scholarships up to $20,000 and offer the Girl’s Guide to Girl Scouting handbooks to new Girl Scouts, which volunteers can then use to help girls earn their financial literacy badges.

TFS is offering Toyota customers a way to support Girl Scouts, too. On April 1st, TFS launched its “Go Green Campaign,” for which TFS will contribute $5 to Girl Scouts of America for each customer who elects paperless billing statements between April 1 and May 31, with a maximum donation of $200,000. And since April marks the beginning of Financial Literacy Month, the program’s national kickoff will be held in Los Angeles on April 16, 2015, at the Toyota Campus in Torrance, California, with 140 local Girl Scouts and hundreds of TFS volunteers.

So the next time you see a Girl Scout, ask her if she’s sporting that cool new Financial Literacy Badge on her green sash. And after she has explained the finer points of interest and credit, you can also ask if she happens to have a box—or ten–of those tasty thin mint cookies handy.

One Response to “Girl Scouts Drive Into the Future”