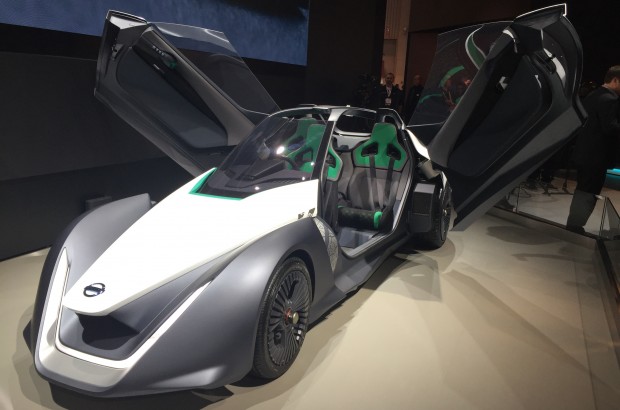 Future of Cars: 10 Things We Learned at CES

Safer cars, cleaner cars, robo-taxis…it’s all part of the future of cars!

1. We can expect more change in auto technology in the next 10 years than we’ve seen in the entire history of cars!

2. Every automaker, including Nissan, is now testing self-driving cars. No longer a novelty, they are inevitable—we will all be able to sit back and be passengers in our own cars within our lifetime. The launch of Nissans Seamless Autonomous Mobility (SAM) system was developed from NASA technology, used to visualize and supervise interplanetary robots, Where the environment makes autonomous decision-making difficult, NASA supervisors draw the desired route and send to the robot for execution.SAM partners in-vehicle artificial intelligence (AI) with human support to help self-driving vehicles make decisions in unpredictable situations.

3. It’s not just your own car that will be self-sufficient. Robo-taxis and robo-deliveries will be changing our lives as well. SAM technology will enable millions of driverless cars to co-exist with human drivers in an accelerated timeline. The first phase of testing will begin this year in designated zones in the Tokyo metropolitan area.

4. The Nissan Leaf was the first all-electric vehicle available mass market. Today, the Nissan LEAF is the world’s best-selling electric vehicle (EV) with more than 250,000 units sold and more than 3 billion kilometers travelled, the distance to get to Saturn and back.

5. The EV batteries used in electric cars can do more than just provide power for driving – they can also be used as energy storage devices. In 2012, Nissan introduced its “LEAF to Home” system in Japan, allowing drivers to supply a house with the energy stored in a Nissan LEAF battery. Users can charge the Nissan LEAFs at night when electricity is cheaper, and then use that electricity as the daytime power source for a household. This way, the system helps to alleviate power consumption during peak periods when demand is highest and most expensive. It can also be used as a backup power supply for blackouts and emergencies.

6. We can expect that by 2025, all cars will be connected to the internet, exponentially increasing the possibilities of autonomous driving capabilities.

7. Nissan is now offering time-share type car ownership in Europe. They are selling a small Nissan called the Micro to people wanting to only own a share of a car. Nissan is linking owners together who share the cars. This, too, will come to the US soon. Many people, especially millennials, aren’t as interested in owning a car outright, or are prohibited by cost.

8. One of Nissan’s major goals for the future of cars is zero emissions. In addition to Nissan’s core EV technology, Nissan has a diverse range of EV-based technologies in its portfolio. These technologies include e-Power hybrids, and e-bio fuel cell electric vehicles.

9. Another major goal is zero fatalities. Nissan Intelligent Driving helps to give customers more confidence through enhanced safety, control, and comfort for everyone on board. Nissan cars are already equipped with extensive set of advanced safety features including Intelligent Around-View Monitor and Intelligent Lane Intervention, and adaptive cruise control.

How does all that make you feel about the future of cars?