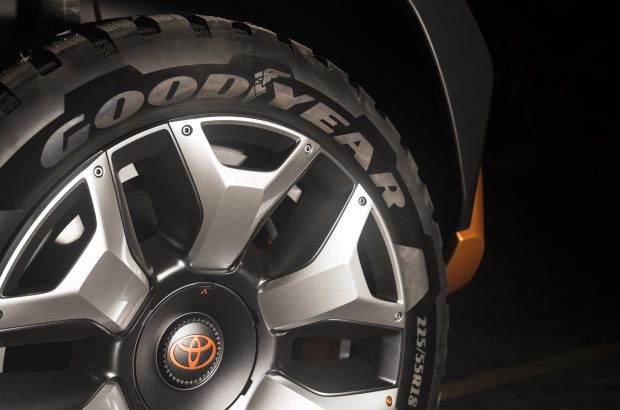 Toyota’s Teaser: Get Ready for FT-4X

We VroomGirls love a good surprise. And it looks like we’re getting one soon from Toyota–on Wednesday, April 12 to be exact, at the New York International Auto Show. Whatever could it be? Well, here’s what we know so far: It’s called the FT-4X (FT stands for “Future Toyota”). So we know some 4-wheel-drive action is coming. We have one little sneak preview pic, which you can see above. Already, we can see some tires that are ready for action. And we’ve got that Toyota logo in VroomGirls orange, so that’s a win! Could it be an all-new version of a mini truck? Or perhaps the FT-4X is a throwback to the classic retro SUV styling of the Toyota FJ Cruiser. Maybe it’s something we can’t even imagine just yet. But whatever it is, it looks like fun! Watch this space for more updates…stay tuned!