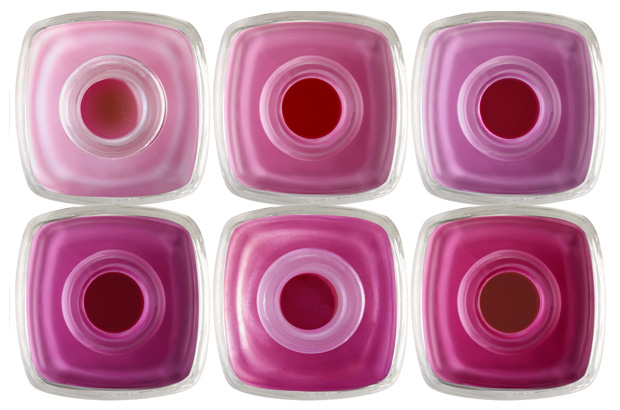 Color rules Essie Weingarten’s world. She is the founder and creative director of Essie, the most popular and recognized salon nail polish brand in the world. But her other passion is cars, and Essie brings her love of color to her wheels.

Essie Weingarten remembers two very important things happened to her when she was three years old: She rode in her mother’s Cadillac, a thrill so profound, it sparked a lifelong love of cars; and she chose her own nail color when Essie’s mom took her to get a very grown up manicure. Both events would prove formative in Essie’s very interesting adult life, which is shaped by color and cars.

As a teenager, when Essie got her driver’s license, she wanted to buy a bright yellow ‘67 Cutlass Convertible with black interior. But her mother forbade it, saying Essie was too young to own a car.

“Fine,” replied Essie, “I’ve got enough money saved for a motorcycle!” But rather than let her pilot a dangerous two-wheeler, her mother let Essie have the Oldsmobile, which the family nicknamed “The Yellow Bird.” “I thought I was the cat’s meow. It was fun, cute as heck, and mine! And of course I liked the speed. I got a whole bunch of speeding tickets, I drove it so fast,” Essie recalls.

A Penchant For Fashion

From the time she was young, color played a big role in her life. As a fashion and merchandizing buyer at uber-chic Henri Bendel’s in mid-town Manhattan, Essie chose clothing that was color-smart, but also enduring in its appeal. Then came the idea to start her own nail polish company. In 1981 the “Essie” brand was born.

“I loved the salon experience growing up, but the colors were so boring,” she says. “I wanted to create beautiful colors to inspire women. In addition to color, I became fixated on quality – creating a long-lasting, chip-resistant formula that would go on like silk and wear like iron.”

And she liked inventing imaginative names for those colors! Who wouldn’t want to wear something a little eccentric, like: “Berry Naughty,” “Shifting Power,” “Clutch Me If You Can,” “Wild Thing,” and “Jamaica Me Crazy”! In 2010, L’Oreal bought her company “for an undisclosed sum” when profits reached $28 million over a 12-month period.

A Woman In The Driver’s Seat

Today Essie remains the brand’s Founder and Creative Director. But in case you think she’s sitting back on her well-manicured hands, “she’s busier than ever, developing new products for us” according to Greta Fox, L’Oreal USA’s Assistant Vice President for Public Relations.

But even with this heightened profile, Essie still has a “need for speed” and gets away from it all by exercising her 2002 white Porsche Carrera (a convertible with navy blue soft top). Essie recalls an overwhelming feeling of, “I’ve made it” when she drove her Porsche home for the first time.

Essie says that when a woman owns her own car, it means “freedom, convenience, speed; the feeling that I can go anywhere and do anything. It’s my time to relax, and yes, definitely (a feeling of) excitement.”

Since her days driving the “Yellow Bird” Cutlass, Essie has owned a stable of cars that would make any enthusiast chartreuse with envy. There was the tobacco-brown Mercedes-Benz 450SL convertible she remembers driving from Boston to New York. “I drove “Nelly” everywhere! Anyone who needed a ride anywhere, I drove them. I was nonstop when I got her. She was amazing, and I drove her for 13 years.”

After the 450SL came an all-black Mercedes-Benz 500SL that a significant other suggested she buy. Of course she loved the way it drove, but thought it was way too masculine for her. And Essie’s love for the Mercedes endures. She’s crazy about their “Gullwing” model, reporting that “Ralph Lauren has the best collection of Gullwings, and when I saw it, I didn’t want to leave.”

Who Doesn’t Love A Bentley?

Along the way there have been serious flirtations with Bentley too. Valentine O’Connor, Public Relations Manager for Bentley Motors, Inc. recently arranged a drive for Essie to the Storm King Arts Center, 90 miles north of Manhattan. Along with her husband Max, Essie drove Bentley’s flagship Mulsanne, a spectacular large and beautiful English coach, and the Continental GT, the sportier Bentley, which is fast and sleek.

When it came time to return the Bentley, Essie couldn’t do it. Rather, she kept it for her weekend drive to The Hamptons. But of course dahling! And according to Essie “that car turned heads everywhere. I’m not kidding, everyone was talking to me in that car. It was [ice-blue] white with a black top — I’ll never forget it.” Known as the world’s most powerful four-seat convertible, the Continental GT Supersports has a great throaty exhaust note and astounding acceleration.

Does This Woman Look Like A Speed Freak To You?

All things considered, Essie prefers her 2002 Carrera, not only for her commute to and from work, but in road rallies as well. “I love to be the lead car” in rallies, but Essie admits she gets distracted by the fun of the road. At a rally in upstate New York “I enjoyed the ride so much, I drove so fast, we missed [some of the required stopping points] and got to the restaurant way ahead of anyone else.”

She didn’t win, but loved the chase. “As long as I don’t get caught speeding, I’m the happiest kid in the world, but I never leave home without my radar detector!”

Essie’s most memorable driving experience came in her beloved Porsche Carrera. “We were looking for a friend’s house on the beach at the time and drove down by Peter’s Pond [in The Hamptons] and didn’t realize that the road had stopped and it was all sand. The sun was setting, it started pouring rain, and we were suddenly stuck in the sand with the ocean coming in. We were totally stuck and digging a deeper hole by the minute – we almost went under. There was no one in sight to help, when suddenly out from nowhere, a tow truck angel came and pulled us out. It was really scary.”

Essie often takes friends along when she drives — Michael Buble, Streisand, Henry Salvatore, and Sinatra — on her CD player, that is. And when it comes to choosing her cars, color still trumps all. “It’s Color first!” Essie says emphatically, “followed by power, make, comfort, and a great stereo and phone!” Wise words to live by, from one of the foremost style-makers and driving enthusiasts of our time.

One Response to “From Polish to Porsches, Color Drives Essie Wild!”