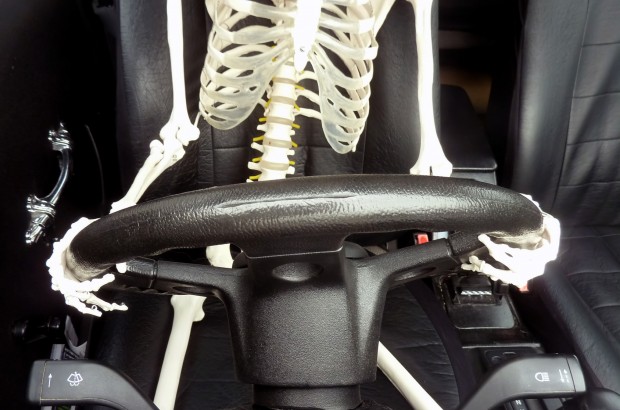 It’s time to get your ghoul on again! Jump in the car and check out these five awesome locations across the country where you can be spooked for a lot less. Because nothing is more frightening than a huge bill this Halloween… Not for those who fear crowds! Then again, isn’t that what Halloween is all about — facing your fears? Up to 35,000 revelers pack Atlanta’s Little Five Points area to enjoy great food, drink, live entertainment, and what is billed as the best Halloween parade in the south. It all happens Saturday October 28 when the two main stages feature live music from noon until 11 p.m. and the parade kicks off at 4 p.m. on Euclid and Moreland Avenues. It’s the second biggest annual event in L.A., beaten only by the Rose Parade. Hundreds of thousands of zombies, witches and goblins will flock to Santa Monica Boulevard in West Hollywood (or WeHo as the locals call it) on Monday October 31st for the Halloween Parade. Held from 6 to 11 p.m. on Santa Monica Boulevard between Doheny Drive and La Cienega Boulevard, it’s one of the world’s largest Halloween celebrations. There are a lot of street closures so don’t even think about taking the car unless you really have to. Daley Plaza becomes Franken Plaza for three days, October 28-30, with special performances, a Monster Bash, hayrides and trick-or-treating! Chicagoween’s free attractions include the delicious Farmers Market and the thrilling Midnight Circus. Keep your eyes peeled: the fountains of Daley Plaza have been know to run blood red in celebration of the annual fright-fest. Houston Haunted Houses is celebrating 13 Years of Terror! From October 28 through October 31st, revelers can enjoy a free Haunted House, witness the horrors of the 999 Eyes Freak Show and the Agro Sideshow as well as the antics of the Houston band, the Hunger. Based around the B movie classic, the Texas Chainsaw Maze is not for the faint-hearted. As a thank you for 13 spooky years, Houston Haunted Houses has a free car up for grabs — register to win on the property.

Festival of the Dead Celebrate the Witches’ sacred holiday of Samhain on Monday October 31 from 5 p.m. to 7 p.m. on Salem Common. The Salem Witches Magic Circle gathers at this time because Samhain is when the veil between the worlds of the living and the dead is very thin! Join the Reverends Lori Bruno, Christian Day, and the Witches of Salem for a family-friendly celebration of loved ones who have crossed over. Following the ceremony, join the candlelight procession to HEX at 246 Essex Street, for a concert by the Dragon Ritual Drummers and Kelliana.