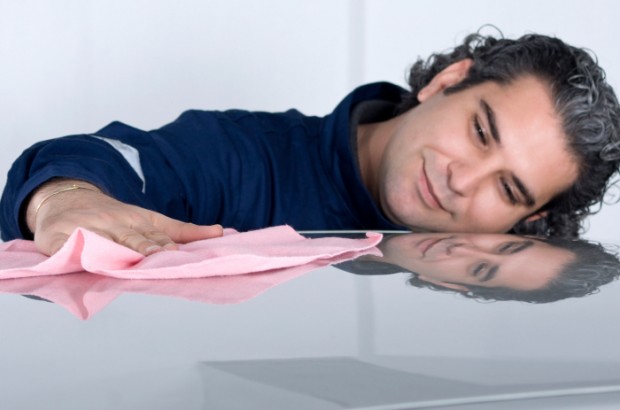 Why not a Fathers Day Car? Best Dad Rides

Aaron Gold, VroomGirls’ official dad-in-residence, has come up with a list of the ten best cars to buy him (or the “him” in your life) for Fathers Day, thus proving once and for all that while women are from Venus, men are just plain crazy for even dreaming that they’re going to get a car out of us on June 16th. But let’s indulge for a few moments: why not a Fathers Day car? WARNING: What follows is a rather strange journey into the wilderness of the male mind.

Every man, deep down, wants to be James Bond. (Keep at least three feet away from any man who denies this lest you get burned by his pants, which will be on fire.) And while most of us will never be James Bond — Daniel Craig seems to have the job pretty well sewn up — we can do the next best thing: We can drive James Bond’s British sports car of choice, the Aston-Martin. Every Aston-Martin model is fast and sexy, but the Vanquish is the fastest and the sexiest. Bonus: Sitting in the passenger seat makes you the Bond girl, which is wonderful if the man you’re buying for is your husband or partner, but a bit creepy if it’s your dad.

When car-shopping for a man, you should be familiar with More’s Law: More is better, and too much is nearly, but not quite, enough. The Chevrolet Camaro ZL-1 has a 580 horsepower V8, which is about three times as much power as the Camaro needs — but we’re guys, and more is better. The ZL1 is a proper muscle car that goes insanely fast and makes all sorts of wonderful muscle-car noises. Unlike old-time muscle cars, however, it’s actually very stable in the turns, and so unlikely to be the cause of an accidental patricide. For maximum effect, buy one in bright orange with a vanity plate that says FASTDADY – a super cool Fathers Day car.

Ask the father in your life why he wants a Mustang, and he will probably say “I don’t know, I just want one.” The need to own a Mustang is so fundamental to male-hood that we can’t even explain it to you womenfolk; we just know that we need one, the same way we need air, water and food. (Er, and our wives, of course.) All Mustangs, even the entry-level V6 model, are fast and fun to drive, but if you really want to get Dad’s engine running, opt for the convertible, the V8-powered Mustang GT, or the race-ready Mustang Boss 302.

Back when I was a Boy Scout, the coolest dads had Chevy Suburbans. These dads were ready for anything — if a wilderness adventure got rained out, all it took was one father and his ‘Burb to rescue all of us and our camping gear from the sodden, muddy mess. Need to tow a trailer full of lumber to build a new house for a family of underprivileged nuns? Call Mr. Wellins, he has a Suburban. The Chevrolet Suburban still exists, it’s still large and in charge, and it’s still an excellent choice of a Fathers Day car of all ages… provided they can pay the fuel bills, that is. Want something a little nicer? The GMC Yukon XL is the same vehicle with top-of-the-line trim and more nifty gadgets.

The Dodge Charger may well be the ultimate affordable Dad’s car. It’s a bit too big, a bit too powerful, and the styling is a bit too outlandish — which is exactly why we dads like it. If we were car shopping on any other day, we’d probably tell you that the Charger is an eminently practical family vehicle with a roomy back seat and a sizeable trunk perfect for family vacations — real Dad-centric stuff. But this is supposed to be the perfect Fathers Day car, so just buy us one because it’s the coolest-looking sedan on the planet.

The Lexus LS 460 F-Sport is the racy version of Lexus’ big luxury sedan that is a bit bigger, a bit faster, and a bit more aggressive than it needs to be. Like other Lexus models, the LS 460 F-Sport will transport Dad in leather-lined, techno-laden luxury… right up until he reaches his favorite curvy road. That’s when he twists the drive-mode dial to Sport Plus, and the LS 460 F-Sport hunkers down on its air suspension and bears its fangs — so Father can show all those young punks in their Hondas and BMWs who their daddy really is.

I am convinced that a thorough analysis of male DNA will find a Porsche gene, one that fills us men with a burning desire to own one of these quirky German sports cars. The best thing about the Porsche 911 is that the experience is even better than the expectation: It’s luxurious, it’s fast, and it turns every trip into a drive. Smart moms can turn this to their advantage by getting their partner to run the most mundane errands imaginable. Just add the magic words onto your request — “Why don’t you take the Porsche?” — and you’ll never have to run to the store for tampons ever again.

A few years back, some smartie at Dodge — probably a woman — figured out that men are just twelve-year-old boys in hairy bodies, so they restyled their pickup truck to look like the 18-wheel big rigs that twelve-year-old boys dream about driving. Then they went to the people who make big-rig engines — a company called Cummins, which happens to be the filthiest-sounding word that the average American male can say without snickering — and asked them to make a smaller version for their pickup truck. The result is the meanest-looking, meanest-sounding pickup ever created — the ultimate giant-size Tonka toy. WARNING: Buying one of these for a die-hard Ford or Chevy truck fan could get you disowned or divorced.

A good dad is ready for anything, or at least would like to think he is ready for anything, and that’s the appeal of the Toyota 4Runner — a vehicle that could climb a mountain in Nepal at a moment’s notice if need be. Granted, most American dads rarely need to climb a mountain in Nepal at a moment’s notice, but we do need to deal with snow and sleet and small parking spots and family road trips, real-life situations that the sensibly-sized 4Runner handles exceptionally well. Will Dad ever need the 4Runner’s outstanding off-road ability? He might. Just because a Nepalese mountain has never appeared in the middle of the school parking lot, doesn’t mean it will never happen.

There are a lot of mothers who find driving a minivan about as appealing as eating bugs, but it’s a different story for fathers. Our families give us a sense of achievement, and a minivan shows that we have fulfilled our evolutionary role as the hunter-gatherer (even if we do most of our hunting and gathering at the supermarket and the pizza parlor). There are several minivans on the market, but we’re partial to the Sienna: It’s roomy, it’s reliable, and it is unabashed in its minivan-ness, sending a clear message to the world about the man behind the wheel: “His gentlemanly plumbing works just fine, thank you.”