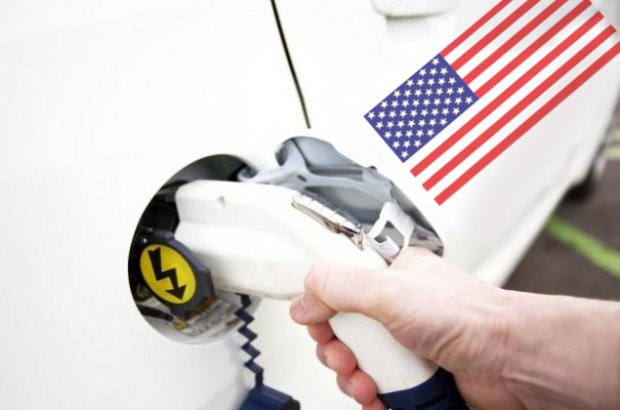 Baseball, mom, apple pie, and electric-powered cars. Honda and Nissan are releasing battery-powered cars that will be made in America, and they’re dropping the price. This allows you to go green for a lot less green, and helps create more jobs for your fellow Americans as well.

Tennesee and Ohio, states in America’s heartland, may conjure up many images–flags, amber waves of grain, country music, and cool retro diners. Thanks to Nissan and Honda, we may soon be adding the electric car to that list. Both companies have announced expanding their production of electric-powered cars right here in the good ol’ U.S. of A.

Nissan, the world’s largest seller of electric vehicles, has begun production of the new 2013 Nissan Leaf at its plant in Smyrna, Tennessee. The all-electric, rechargeable Leaf will be offered at a lower price than the present models, which average around $36,000 before a $7,500 federal tax credit. New prices have not yet been announced, but the new Leaf introduced in Japan last year was 11 percent less than the previous year’s least expensive offering.

Meanwhile, Honda announced that it will begin building its electric-powered car – the new Honda Accord hybrid – at its plant in Marysville, Ohio. The new 2014 Accord Hybrid sedan will be available later this fall. Honda already has quite a presence in Ohio, with four manufacturing plants and a large research and development center, but the new Accord will be the first-ever hybrid produced in the state.

So if your uncle’s super-sized gas guzzler truck with the big bald eagle decal on the back isn’t quite your style, don’t fret. Next time you visit, you can pull up in your eco-conscious Nissan Leaf or Honda Accord, and proudly show off your “Made In America” sticker. You and he can both stand side-by-side at a baseball game, singing the national anthem, eating hot dogs, and feeling patriotic pride in your American electric-powered car!