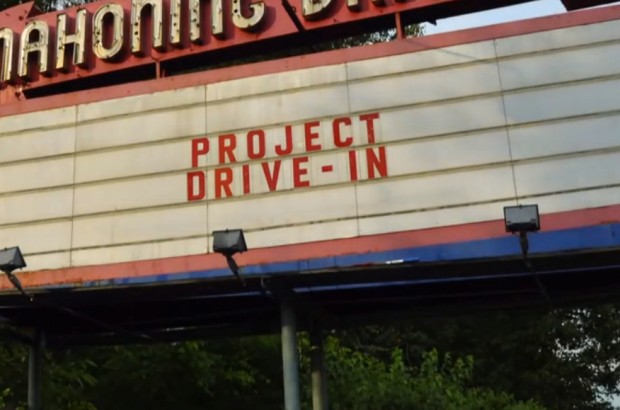 Let’s Save the Drive-In!

Drive-ins, the movie theater icons of America’s past, are on the endangered species list. Honda is stepping in to help.

Consider the plight of the movie caused by the advancement of digital technology. Thanks to the invention of iEverything, movies are often left trapped in tiny little smartphones and tablets, with no room to move or breathe. In days past, they could at least be played on a DVD in a living room, or a computer screen in an office. Before that, the lucky ones would even have an entire theater to call their own, at least for a few weeks. But legends tell of a day, way back in the 70s, when movies were allowed to roam free. The smell of popcorn was carried along a summer breeze, mosquito repellent was sprayed onto suntanned legs, and movies played in the open air. At twilight, cars and their people would gather from all around to play frisbee, eat popcorn, talk, play, make out, or do whatever they wanted in the while enjoying the free-range, cage-free movie. Such was the summer of drive-ins.

Don’t Go In the Water!

Many of us who are a certain age…let’s just say, “adults”…have at least a few memories of going to drive-ins as a kid with our families or school friends. Or boyfriends. We would take blankets and ice chests, flip down the back of the station wagon, and watch to our heart’s content. No one was telling us to be quiet, we were allowed to drink all the soda we could handle, and we could watch wonderfully age-inappropriate movies together as a family. In those days, kids watched grownup movies, not the other way around. Dads didn’t do Disney. We saw movies like Jaws, Grizzly (18 Feet of Towering Fury!), and The Towering Inferno, and learned important survival info about crazy giant sharks, skyscraper disasters, and bears. All of these life lessons, copious sugar consumption, and fun for under $10 a carload? What a bargain!

At the height of their popularity in the 1960‘s, there were over 4000 drive-in movie theaters. Although there aren’t near as many drive-ins as there were back in their heyday, there are still 368 of these open-air utopias dedicated to keeping the summer fun alive. Many are in smaller towns, or out in the far suburbs. Although not usually as profitable as the big mall-adjacent multiplex, these drive-ins are kept open by independent owners, often as labors of love. Small but loved, they serve the community by providing a place where families and friends can get together on a summer night and enjoy each other’s company while watching a movie.

Sadly, the majority of these drive-in theaters are in danger of going dark, due to changes in the way movies are distributed. After 2013, movies were no longer sent to theaters on traditional 35mm film — only digital copies are sent to theaters. The cost to replace traditional film projectors with digital ones is steep–about $80,000 per screen. For the majority of remaining drive-ins, especially the independent and seasonal ones, this is not a cost they can absorb–that’s a whole lotta popcorn. Without access to new movies, many would be forced to close their gates forever.

Cars and drive-ins enjoy a mutually beneficial relationship. So upon learning of the plight of the drive-ins, automaker Honda has stepped in to help. Project Drive-In is an effort to save this American icon. Honda has set up new website to help spread the word about the plight of the drive-in, encouraging people to share this movie with family and friends on social media using the hashtag #savethedrivein. They are encouraging donations with a special fund that goes directly to the theaters, and encouraging people to see at least one drive-in movie before the summer is over.

In an effort to keep a few of these drive-ins from going the way of the rotary phone, Honda is putting its money where its word-of-mouth is. Honda will donate five new digital projectors to keep a few of these theaters from becoming mere relics of a bygone era. For the next month, members of the public can vote for which drive-in they’d like to rescue. They’re all listed on the website, complete with a map. The list of locations reads like a list of destinations for a classic Americana movie script. There’s the Stardust Twin of Chetek, Wisconson, and the Skyline Drive-In of Shelbyville, Indiana. Or maybe the Mayberry in Moneta, Virginia or Erwin’s Comet in Connellsville, Pennsylvania. If you didn’t grow up near any of these, that’s okay–the names alone will make you nostalgic for the small-town American childhood you never had. For the next month, you can scroll through the contenders and vote for the one that catches your imagination.

If you have a favorite, let us know in the comments section so that all the Vroomgirls can get behind your hometown contender. And we’re hoping that with Honda’s help raising awareness and funds, all of these cool drive-ins will be around for another summer. Because there’s a whole new generation who may need to learn how to escape from 18 feet of towering fury.

4 Responses to “Let’s Save the Drive-In!”