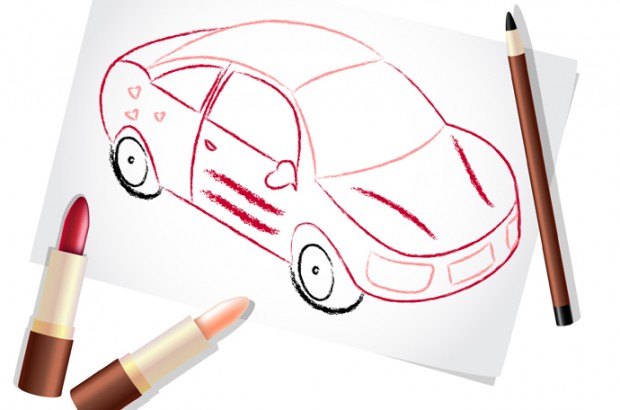 When it comes to marketing cars to women, why are most brands so, well, male?

So, let me get this straight.

Car companies spend millions of dollars every year on focus groups and research projects to figure out what women want in cars. But when they actually happen to create a vehicle that attracts more women than men — the so-called “chick car” — some brands consider it the kiss of death.

Indeed, instead of learning from such happy accidents — often these cars aren’t the result of any women-focused research but attract women naturally — car companies are so uncomfortable with the “chick car” designation that they will go to great lengths to draw men back to the brand. Take for instance Volkswagen and its iconic Beetle. When the first redesign debuted in 1998, the curvaceous “three bubble” design wasn’t expressly about attracting women. Instead, designers J Mays and Freeman Thomas created a car that paid homage to, instead of simply copying, the original German design.

Nor was the spacious interior (a byproduct of the rounded design) with its simple dashboard and easy-to-use controls thought of as particularly “womanly.” The original Beetle designed in Germany had the same utilitarian characteristics.

Of course, the plastic flower vase could have been seen as a nod to women buyers. But even that probably had more to do with the car’s association with the 1960s “flower power” movement. In fact, I recall some women Beetle owners being unimpressed with the accessory. They complained that the plastic got too hot next to the heater vent to really support a fresh flower anyway. Still the Beetle, with its “smiley face” front end and fashionable paint options that were refreshingly different from run-of-the mill car colors, did attract women. But it also attracted men. In its best year, 2002, the Beetle sold 80,000 units in the U.S. and was pretty evenly split between male and female buyers, according to Volkswagen of America statistics.

But even with a perfect 50-50 gender mix, Volkswagen began to perceive the “chick car” status as a negative. It tried to fend it off with the addition of a turbo engine variation in 2002, but even that macho move failed to stem the tide of women flocking to the Beetle.

By 2010, Beetle sales had dropped to between 11,000 and 12,000 units and the female-to-male split was 70-30. But instead of patting itself on the back for finally understanding women what did Volkswagen decide to do?