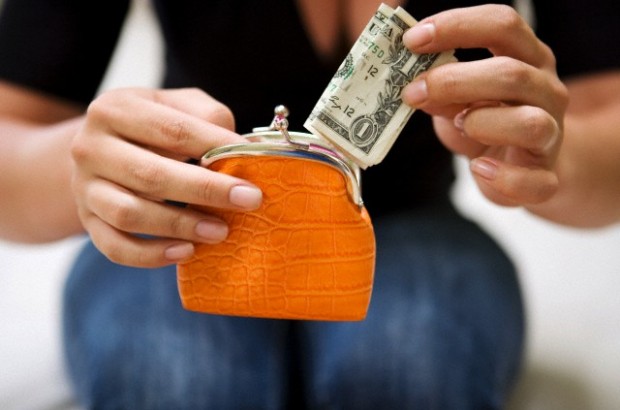 Looking for an inexpensive set of wheels? The VroomGirls gang has driven the ten cheapest cars you can buy, and we’ll tell you which ones represent good value. Here they are, in order of price (sticker price plus destination fee).

You’re probably expecting America’s cheapest cars to be tiny and dismal, but the 2013 Nissan Versa is in fact a rather competent and up-to-date family car. The Versa is a spacious four-door sedan with a zippy engine that gets good fuel economy, plus it comes with air conditioning and a CD stereo as standard — not bad for a car that costs half as much as a 2013 Toyota Camry. Even if you load up the options — automatic transmission, power windows and locks, Bluetooth, and a built-in navigation system — the Versa still costs less than a new stripped-down 2013 Honda Civic. The Versa isn’t exactly glamorous; the styling is homely, the engine is noisy, and the interior trim bits are a little chintzy. But if you want a roomy, reliable four-door loaded with goodies, you won’t find a better bargain.

A newcomer to our cheapest cars list, the 2013 Chevy Spark is a tiny four-door hatchback with cute styling and a cheery demeanor to go with its low price. Most importantly, the Spark, like other Chevrolets, is very strong on safety — it comes standard with ten airbags, more than many high-end luxury cars. The $13k price tag includes air conditioning, power windows, and sharp-looking alloy wheels, although an automatic transmission will set you back another $925. The Spark’s back seat will accommodate adults in something that bears a passing resemblance to comfort, and while the tiny size makes for easy parking and great city maneuverability, it also feels comfortable and stable on the open road. The Chevrolet Spark is one of the best mini-cars on the market, and the low price and excellent value are an added bonus

The two-door, two-seat 2013 Smart ForTwo is a favorite in Europe, but has never really taken off in America. The cheapest version, the ForTwo Pure, is pretty sparse — crank-down windows, no stereo, and no air conditioning (it’s optional at $740), but it does come standard with an automatic transmission (albeit a weird one — it’s actually a stick-shift that does all the clutching and shifting for you, resulting in a herky-jerky ride). The Smart ForTwo has a surprising amount of passenger and cargo room, and it’s a lot of fun to squeeze it into half-size parking spaces. But the overworked three-cylinder engine requires expensive premium fuel, and the gas mileage isn’t as good as you’d expect given the car’s small size. The Smart ForTwo Pure is a novelty, but it’s not a great bargain.

Designed in Europe, where style takes center stage and the roads are sharp and curvy, the 2013 Ford Fiesta is nice to look at and a lot of fun to drive, with agile handling and a friendly demeanor that distinguishes it from other cheap cars. Color choices for the base model are limited to black, white, grey or silver, but the base price does include air conditioning, an AM/FM radio with an auxiliary jack for your MP3 player, and an energetic engine that gets good gas mileage. If you can drive a stick, we suggest you skip the $1,095 automatic transmission and enjoy what the Fiesta does best — zooming down a curvy country road.

Many people associate the Kia brand with cut-rate cars, but if you haven’t driven one lately, you might be surprised to see how nice their vehicles have become. The 2013 Kia Rio is the style leader on this list, and it looks just as nice on the inside as it does on the outside. The least-expensive Rio is the four-door sedan, but Kia charges only $200 more for the five-door hatchback, which provides a bit more back seat headroom and a lot more cargo-carrying flexibility. Standard equipment includes air conditioning and a CD player with USB input, although if you want any other options besides and automatic transmission ($1,100), you’ll have to buy a more expensive version. We say go for the base model Rio — you certainly won’t feel like you’re driving one of America’s cheapest cars.

If you want to buy American, the 2013 Chevrolet Sonic is your best choice — it’s the only car on this list that is assembled in the USA. (Most of the others are built in Mexico or South Korea.) But the Made In USA label isn’t the only reason to buy a Chevy Sonic — far from it. The Sonic is strongly committed to safety, with ten airbags and excellent crash test scores. It comes smartly equipped with air conditioning and alloy wheels, and its interior feels like it was built with liberal use of parts from General Motors’ more expensive models. Nice to look at and good to drive, the Chevrolet Sonic is a solid value.

There are a lot of things we like about the Toyota Yaris, chief among them its easy-to-handle size, cute styling, and unbeatable build quality. Standard equipment includes air conditioning and an iPod compatible stereo, though there are a few obvious signs of cost-cutting, like the old-tech 4-speed automatic transmission (a $725 option) and a few chintzy interior pieces here and there. The Toyota Yaris is expensive compared to other cars on this list — the Chevrolet Sonic gives you more equipment, more airbags, and more doors for a lower price — but with its strong resale value and epic reliability, we still endorse the Toyota Yaris as a solid and sensible choice.

VroomGirls recommended? Yes, but only with a manual transmission

We like the 2013 Kia Soul, not just for its cool boxy styling and SUV-like carrying capacity, but for its excellent value: It comes standard with more equipment than most cars on this list, including air conditioning, power locks and windows, an iPod-compatible stereo, and a fuel-efficient 1.6 liter engine. But there’s a catch: The optional automatic transmission is (over)priced at $1,800, and that totally harpoons the value equation — you can find a lot of stylish, roomy cars for seventeen grand. That said, if you can live with a stick-shift, the Kia Soul is still a great choice.

The Hyundai Accent used to be one of the cheapest cars you could buy, but the 2013 version has been plumped up with air conditioning, a USB-compatible CD stereo, and a $15,000+ price tag (which swells by $1,000 if you want an automatic transmission). Not that it’s a bad car; today’s Accent is attractively styled and features a roomy back seat. But if you’re looking for value, it simply doesn’t deliver like the other cars on this list — the 2013 Nissan Versa, 2013 Kia Rio, 2013 Chevrolet Sonic and 2013 Toyota Yaris all give you more equipment for less money.

The 2013 Mazda2 certainly doesn’t feel inexpensive; its interior has a high-quality grown-up feel and the ride is smooth and quiet, just like a bigger, more expensive vehicle. It also come with a lot of standard equipment, including air conditioning, power windows and locks, and a CD stereo. The problem is that the Mazda2 looks like a college student’s car, and while its small size makes for easy parking, it doesn’t provide much back seat space. And with a price tag over $15,500, the Mazda2 pushes the definition of “inexpensive” — it’s a good car, but not a great value.