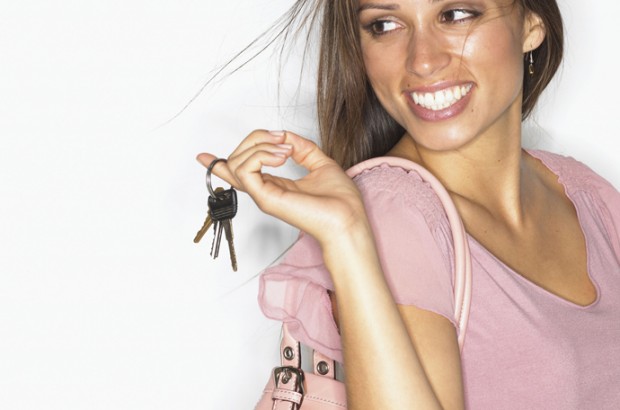 Looking for an inexpensive set of wheels? The VroomGirls gang has driven the 2012 ten cheapest cars you can buy, and we’ll tell you which ones represent good value. Here they are, in order of price (sticker price plus destination fee).

You’d expect America’s cheapest car to be some ancient, long-ago-paid-for design, but in fact the Nissan Versa was just redesigned for 2012, and as far as cheap wheels go, it’s pretty nice. Yes, the styling is a bit awkward and the interior trim pieces are a little chintzy, but the Versa has lots of space, standard air conditioning and CD stereo, a fuel-efficient engine, and a reputation for reliability. There is one catch: An automatic transmission costs a whopping $1,770, about twice what most cars charge. But even so equipped, the Versa is still a good deal. Just learn to drive a stick.

The cheapest version of the 2012 Hyundai Accent is about as easy to find as the Loch Ness Monster. Hyundai doesn’t acknowledge this car’s existence on its own web site, though we are assured it exists and you can order it from the dealer. Not that you’d want to — the stripped-down Accent lacks air conditioning and a stereo, and the only way to get an automatic transmission is to buy a more expensive model, one that costs over $16,000. The Accent is cheap, but it’s not much of a bargain.

The diminutive entry-level Smart is pretty sparse — crank-down windows, no stereo, and no air conditioning (though the latter is available for a reasonable $740), although it does come with an automatic transmission (albeit a weird one — it’s actually a stick-shift that does all the clutching and shifting for you, so it gives a herky-jerky ride). The two-seat ForTwo is surprisingly roomy and has a lot of cargo space, and then there’s the novelty of being able to squeeze it into half-size parking spots. But the hard-working three-cylinder engine requires pricey premium fuel, and it isn’t as fuel-efficient as you would expect given the car’s tiny size. It also rides rough and feels bumpy, especially in the passenger seat.

We don’t expect cheap cars to be much fun, but that’s what sets the 2012 Ford Fiesta apart. Designed in Europe, where style takes center stage and the roads are sharp and curvy, the Fiesta is nice to look at and a lot of fun to drive, with a cheeky demeanor that sets it apart from other inexpensive cars. Color choices are limited — the base model is only available in white, black, grey or silver — but you do get air conditioning, an AM/FM stereo with an auxiliary jack to plug in your MP3 player, and an eager engine that gets great gas mileage.