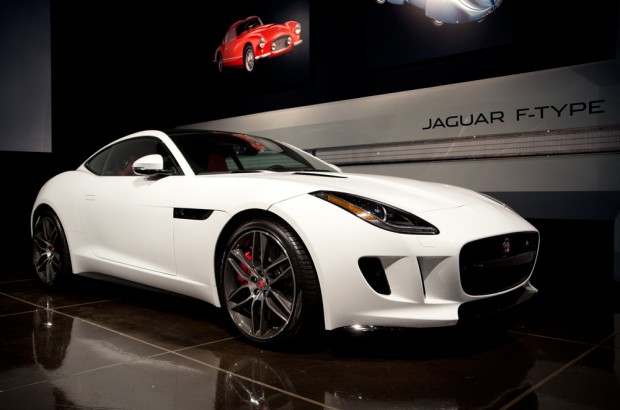 Does your favorite work of art come with four wheels and a transmission? If so, here’s a museum exhibit you’ll want to see. Jaguar, to celebrate the launch of its gorgeous new F-TYPE Coupe, has teamed with movie and music elites to showcase the world’s most desirable sports coupes.

Think of the first car that ever made you sigh and say, “Oh yeah!” Was it a mini-van? Not likely. Chances are good that it was a sports coupe. Rarely does one kind of car so universally resonate with so many different kinds of people, but the sport coupe, with its perfect marriage of sexy, curvy design and speed, is a universal favorite.

In honor of the gorgeous new 2014 Jaguar F-TYPE, Jaguar asked several well-known celebrity car enthusiasts to choose their all-time favorite sports coupe to be featured in an exhibit at the Petersen Automotive Museum in Los Angeles. Among the celebrities whose favorite cars were chosen for the exhibit are actor and race car driver Patrick Dempsey, (aka McDreamy!) comedian Adam Carolla, Pixar’s John Lasseter, and film director Francis Ford Coppola. They aren’t necessarily the owners of these cars, but they each chose the car that, to them, was the “it” car of sports coupes.

“Sports coupes are the reason most of us fell in love with the automobile in the first place,” said executive director of the Petersen, Terry Karges. “Choosing a dozen sports coupes to represent the finest of the breed was no easy task, which is why we invited the world’s most prominent car collectors to guest curate this exhibit. We’re honored to work with all twelve of these individuals as well as with Jaguar, a company that has well earned its legacy building beautiful vehicles.”

As much as we at Vroomgirls love to ogle these gorgeous cars, we have one small protestation: although we love all the cars chosen by the twelve very capable and handsome curators, we noticed that there wasn’t a single woman chosen to show off her favorite sports coupe. And that’s a shame–we promise we can be every bit as smitten with fast, gorgeous cars as the boys are. It would be interesting to see what sports coupe has turned the head of, for example, Lana Del Rey, who is the hot young singer featured in the new Jaguar F-TYPE videos. Or, how about Angelina Jolie? Surely she has more experience driving, riding in, racing, and leaning-out-of-the-window-while-shooting-and-wearing-a-sexy-dress moves than anyone else we can think of. Or what about Chrisina Hendricks? As gorgeous Joan on Mad Men, she has professed a love of all things Jaguar, and looks darned good in them as well.

But back to the cars: here are some of the highlights from the museum exhibit, which runs through October 18th, 2014.The Petersen Automotive Museum is located at 6060 Wilshire Boulevard (at Fairfax) in Los Angeles, California 90036. Museum hours are Tuesday through Sunday from 10am to 6pm. For general Museum information, call 323/930-CARS or visit the Museum’s Web site at: www.petersen.org.