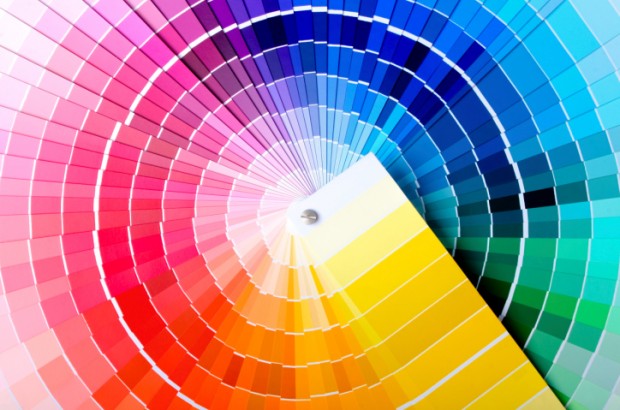 She’s the color queen at Toyota. The gal who, with a team of designers and trend experts, has a say in what color your next car will be. Right now, VroomGirls’ favorite car color is Habanero, the creamy, cheerful orange-y citrus hue on the very cute and very capable Toyota Prius C.

Shard and her team fought hard for that color, to be offered along with the standard black, silver and white that most of us select. “It’s not quite a Dunkin’ Donuts color, it’s juicy and has the element of surprise,” she says of the car’s exuberant orange tone. “It’s perfect for the Prius C because it’s got all of the car’s DNA – fun and joyful.”

Indeed, a car’s color must fit its personality. And each vehicle has one. It would seem odd if an exuberant acid green suddenly appeared on Toyota’s sober flagship Avalon, a serious full-size luxury sedan. For cars like these, many of us stick with tried and true conservative choices: silver, dark gray, black and, lately, white. “The color I put on a compact, I’d never put on a Tundra (Toyota’s full-size heavy-duty pick-up truck.)” says Shard. “Colors have to make sense for each individual model.”

So what, exactly, goes into selecting which colors will be on the cars we buy?

The Link Between The Bejing Olympics And Your Car

During the last summer Olympics, China’s flag – a red dot on a white background – was an omnipresent symbol on our television sets. That red dot was more yellowish orange than bluish. “I made an educated guess that orange was going to be on an upswing based in part on the prevalence of that dot on everyone’s TV screen. Sometimes you hit it, sometimes you don’t,” says Shard. ((Editor’s Note: It’s actually the Japanese flag – not the Chinese flag – that has a red dot on a sea of white.)

The down economy has also influenced car colors. In difficult times, car makers tend to bathe their product in more brilliant and cheerful colors. “People are looking for optimism,” she says. “This means, we all love a little pop of color to brighten our day.” In the go-go 1980s, while “Dallas” and “Dynasty”, big hair and tall shoulder pads were all the rage, many of us drove black cars. Feeling wealthy – whether real or perceived – tends to make us choose black cars, according to Shard. Go figure.

Car Color experts also look to the home furnishings market for trends and inspiration. “When we see people bringing certain colors into their home, then we know it’s likely to have longevity,” says Shard. And since we own our cars for years, it’s important not to tire of your car’s color.

Right now, certain colors are hot in home furnishings: tangerine, eggplant and lime. “A deeper violet, rather than pink,” explains Shard. “Americans don’t respond to pinkish hues. But we definitely have an upsurge in purples. Eggplant reads luxury!” To back up her point, Shard says that for interiors, deep purple, or “black bordeaux” is selling at 10 percent right now. “It’s that element of surprise that everyone wants.”

Inspiration for car colors is found in surprising places. Shard says she wandered in the M & M candy store in Manhattan’s Times Square for two hours looking at all the colors. “My head was swimming in a sea of colored pebble candies!”

Shard and her Toyota design colleagues work with a global color palette, meaning the company’s customers from around the world need to like her choices. It’s not easy. What the Chinese like isn’t always what the Germans spark to. Compounding the issue is that all colors for the exterior, as well as interior fabrics and carpet are chosen two years before a car arrives in dealerships. The cars we buy today were outfitted with color and fabrics in 2010. Do you even remember what you were wearing then?

If you’re a color maven, you’ll love what’s coming. “You’re going to see more chromatic, more saturated colors,” Shard assures us. “Women tend to respond to color better than men, and that’s just fine.” But it’s a matter of selling the notion of bright colors to dealerships, which tend to order white, gray, black and silver cars – the safe bets. To be sure, those four hues comprise 80 percent of all vehicles sold.

And since Shard is a woman, she sees the fight for color in cars as something personal and worth the struggle. “Of course, cars always look great in those grays and blacks, but don’t you just smile when you see a brightly colored car zip by? I just think we need more of that.”

So if you find yourself smiling the next time you spy a Prius C in the sprightly habanero color, you have Ms. Shard to thank.

3 Responses to “Pantone Palooza – How Car Colors are Chosen”