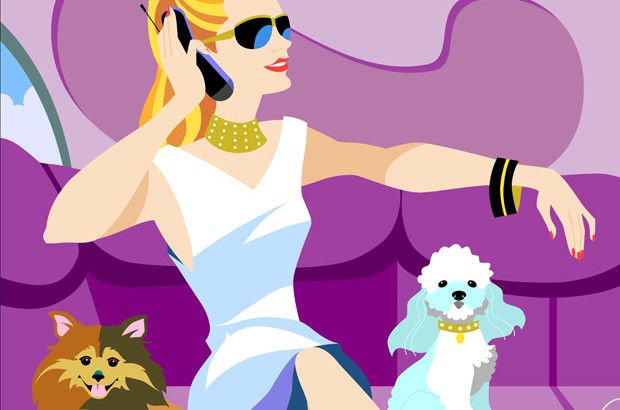 You know her as Tori’s mom and Aaron’s dazzling wife, but Candy Spelling is also a native Angeleno, as they call themselves in Los Angeles, and Southern Calilifornia car culture is in her DNA.

As a native Angeleno and a child of the American car culture, the automobile has always been a central part of my lifestyle. At only twelve-years-old, I spent weekend afternoons working alongside my big brother Tony in the family garage. With Johnny Mathis, Chubby Checker and The Chordette’s “Mr. Sandman” as our soundtrack, we took apart and cleaned many a grungy carburetor. This hobby lasted a couple of years, superseded only by my interest in filing and painting my fingernails. By then, I knew enough about cars to use the information to start conversations with cute boys.

Being the first girl born into my family, I was fortunate to have been gifted a small fund by my grandfather. The fund matured over the years, and when I turned sixteen, I used it to buy my first car. What I really wanted was a Facel Vega coupe, a French import like the one driven by Dean Martin,

but instead I became the proud owner of a used black Chevy Impala with a red interior. Though it wasn’t a small, sporty car like my schoolmates had, the Impala got me where I needed to go – the carhop. The place to be at the time was Dolores’ Drive-In on Wilshire and La Cienega. My friends and I went there almost every day after school. We ordered Cherry Lime Rickeys and, most importantly, drove around to see who else was there. On the special days when we had just received our allowance, we sprung for an order of Suzie-Q French fries and JJ Burgers.

A few years later, when I was out of high school and wanted to appear sophisticated and grown up, I parlayed my way into my dream car. It was a Silver Corvette with a very hard-to-find matching silver interior. Unfortunately, my dream was short lived. After owning it for just four days, I drove it out to the Santa Clarita Valley to visit the set of a young television writer and producer I was dating. His name was Aaron Spelling and, because he was the boss, I was allowed to park on the set instead of in the crew parking area. As it turned out, crew parking would have been a better parking choice. To my horror, a huge sound boom accidentally fell onto it, leaving a gaping hole in the hood.

Aaron had the car repaired, but just days after getting it back, the Corvette proved to be too much car for me. One evening, Aaron and I were in a caravan driving down hilly Loma Vista Drive in Beverly Hills when I accidentally hit the brakes and spun into a 360-degree turn. It was a stunt worthy of one of Aaron’s shows. Luckily, no other cars were involved and I wasn’t hurt. Still, Aaron followed me all the way home and insisted I sell the car, which I did. For the next few years I settled for driving a sedan owned by my parents. It was a bit mature for my taste at the time, but definitely solid and safe.

I also took my turn driving Aaron’s Cadillac. He preferred big, long cars. This particular car was very presidential and had two early model car phones installed in it. There was one phone up front and another in the back. Each must have weighed a hundred pounds and still somehow, someone managed to break into the car and run off with one of them.

Once Aaron and I were married in 1968, we had fun buying new cars together. One of our first purchases was a two-seater Mercedes 280 SL Roadster. It was a very romantic car for a newlywed couple and we kept it for almost a decade.

In 1979, we indulged in a Series 1 Clenet – a hand-crafted, limited edition roadster made nearby in Santa Barbara, California. It was classic and absolutely beautiful. We thought of it as an investment, a sort of “starter car” to becoming collectors. Ironically, after driving the car a few times, I remember saying to Aaron, “This car is a piece of junk.” We didn’t drive the car much but when we did, people literally followed us home.

Driving around in such a distinctively designed car really highlighted for me one of the unique facets of Los Angeles. On any given day in this eclectic city of ours, you might see an eco-friendly Prius stopped at a light on Sunset Boulevard next to a million dollar Bugatti sports car. In Los Feliz, I’ve seen a number of refurbished Thunderbirds cruising alongside families driving their Volkswagens and Chrysler minivans.

I must confess, much to the dismay of our Mayor Antonio Villaraigosa who pointed out that Angelenos are addicted to the one passenger vehicle, I have been indulging in rediscovering our vast city by car. Since moving to a condominium, my drives along the Wilshire Corridor, excursions to the Nokia Plaza downtown, and sunset trips to the end of Route 66 at the Santa Monica Pier have become more meaningful. Approaching the stunning Disney Concert Hall or gazing up at the Getty Center from the 405 Freeway, I marvel at how sophisticated my home town has become.

Yes it’s true, the streets and freeways of our sprawling metropolis are the most congested in the nation. That being said, we must remember that Los Angeles is not a Chicago, Boston or New York City. Our vast city stretches from the ocean to the mountains and offers many enviable escape routes from the suburbs as well as the concrete. Our cars are not simply a mode of transportation or part of our daily commute. They are a reflection of our city’s cultural diversity and rich terrain.

Somebody recently asked me what kind of car I would buy today. Truth be told, the teenager in me still wants something small and sporty where the doors open up like wings. And yet at the end of the day, the luxury I cannot live without is a car with a window for my dog Madison’s head to stick out of on our way to the dog park.