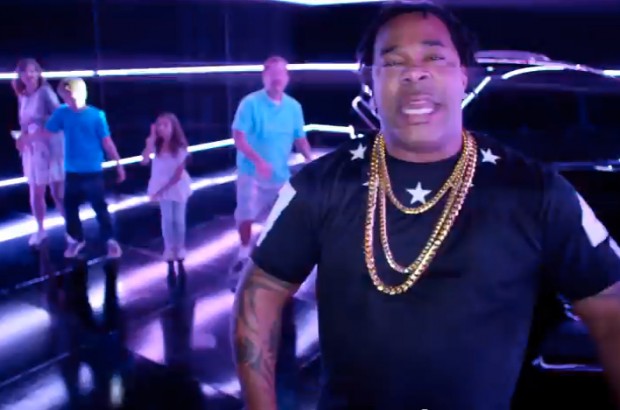 Busta Rhymes Helps Toyota Sienna Get Its Swagger On

Legendary rapper Busta Rhymes might not be the first guy that comes to mind when you think of minivans. But the 2015 Toyota Sienna has set out to shed that minivan moniker. So long minivan, hello swagger wagon.

Don’t Call it a Minivan

It’s hard out here for a parent. Keeping one’s street cred in check can be a challenge when the street you live on is a cul-de-sac. When Toyota wanted to continue the popular “swagger wagon” idea for the all-new 2015 Toyota Sienna, they knew they were going to have to up their game. The first “swagger wagon” video dropped in 2010, and was a viral sensation. But this is 2014. You can’t be bringing the same tired rhymes and expect to get any respect. So what did they do? They invited a guy who knows a thing or two about swagger–Busta Rhymes himself. Mr. Rhymes took some time off from hanging with Lil’ Wayne and Chris Brown to appear in the Neubert Family’s ode to their new ride–the Swagger Wagon. Get ready to drop that beat. Warning–you will have this catchy tune stuck in your head for the rest of the day!

Rollin’ With the shorties

It all started back in 2010, with this gritty black-and-white insight into street life (in a gated community). Toyota tapped into a whole new generation of parents–those who grew up loving rap music with all its bling, but who in real life have embraced the real life parenting challenges of bake sales and karate lessons. Because really, isn’t raising a family in this economy about the most baller thing one can do?

That cast also made a pretty funny making-of video.
http://youtu.be/rBGtItLuj4Q