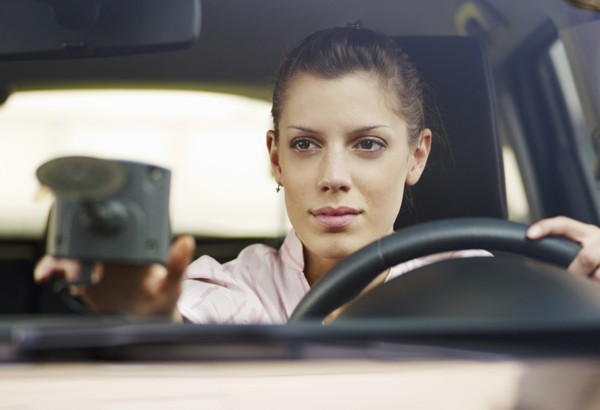 Navigation systems may be the best thing to happen to cars since the invention of the wheel. Many cars offer built-in navigation systems, and there are also a plethora of “portable” add-on units from companies like Garmin, TomTom, and Magellan. Which system is best?

The chief advantage to a built-in navigation system is just that — it is built in to the car. Because the nav system is part of the car’s interior, there are no unsightly wires and they are virtually impossible to steal. Most built-in systems are integrated with the car’s electronics; all of them use the stereo speakers for spoken directions, and many can display next-turn directions right on the dashboard. Many systems provide real-time traffic, and some even provide Internet-enabled destination searches using your smart phone for connectivity, like helping you find the best gas prices in your area, or the best local Mexican restaurant.

One of the best things about portable units is that there are so many brand and model choices — fierce competition keeps the feature count high and the prices low. Entry-level units can be found for under $100, and even the most feature-rich unit costs less than most built-in systems. Advanced features like traffic, speed limit displays, and smartphone connectivity are available, and map updates are less expensive than for built-in systems; some even include lifetime map updates in the purchase price.

The biggest disadvantage to portable units is the way they are mounted: Most use a suction cup for the windshield or a bean-bag mount for the dash, with a power cord running to the car’s power port. They must be unplugged and hidden away when the car is parked to avoid attracting thieves. The screens are necessarily small (to avoid blocking too much of the windshield), and some states have laws limiting where they can be mounted. And with so much technology crammed into a small package, portable units are more fragile — unlike built-in systems, they are prone to being dropped.

We like the clean look of built-in systems, but we are dismayed by the high cost and lack of choice. Some automakers offer good systems — Chrysler and Audi are two stand-outs — but others, like Honda, offer systems that are woefully behind the times. By going with a portable unit, you can pick the interface and features that you prefer, and save yourself hundreds of dollars in the process.

A third option: Your smartphone

iPhones and most Android phones include a GPS-enabled navigation program. Because these systems are Internet-enabled, they always have up-to-date maps; the problem is that most require an Internet connection to provide directions. And unless you have a way to mount the phone on the dashboard, they are difficult to see while driving. Thankfully, there are apps that use Bluetooth to route verbal directions through the car’s audio system for as little as $20/year.