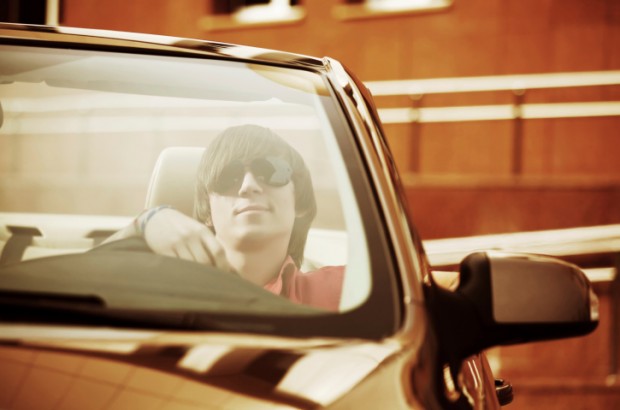 One of the strongest agruments for buying your teenager a new, rather than used, car is that a new car surrounds your young driver with the latest and greatest in safety equipment. But which car to buy? Here’s our 2013 VroomGirls short list.

Safety is the first concern of most parents, and the 2013 Chevrolet Sonic is, so far, the smallest and least-expensive car to earn both a perfect five stars in the Government’s tough new crash tests and the coveted Top Safety Pick Award from the Insurance Institute for Highway Safety (IIHS). A strong body shell and a whopping ten airbags (most cars have only six) are key to the Chevy Sonic’s defenses. But we also like the 2013 Chevrolet Sonic’s simple, easy-to-use control layout, which promotes distraction-free driving and helps your teen driver avoid an accident in the first place. Youngsters will like the American-built Cheverolet Sonic’s modern, attractive styling, and whoever is paying the bills will appreciate the low price, with the air-conditioned Sonic LS base model priced under $15,000.

The Fiat 500 feels like a perfect compromise for parents and teens. Your teen driver will like its cute design, chic brand appeal, and bright, colorful interior, while parents will appreciate its distraction-free control layout and strong safety ratings — the 500 has a Top Safety Pick award from IIHS, though only four out of five stars from the Federal government. The 2013 Fiat 500 is reasonably priced, with base models starting just under $17,000, and good fuel economy that keeps gasoline bills low. Fiat offers a convertible model which uses a giant cloth sunroof instead of a folding top; it lets in plenty of sun but preserves the car’s structural integrity in a crash. Note: Stay away from the 500 Abarth model; it’s a sports car with tricky handling that isn’t well suited to young and inexperienced drivers. We couldn’t write about the best cars for teenagers without including it!

The 2013 Honda Fit is one of our favorite small cars for drivers of any age. Despite its diminutive, easy-to-park size, the Fit’s 20.6 cubic foot cargo bay and fancy flip-and-fold rear seat means the Fit can accommodate all the gear your active teen can throw into it. The Fit’s big windows and simple control layout make for good visibility and easy, distraction free driving, and while the Honda Fit isn’t the cheapest small car, it’s built to last — Hondas are notoriously trouble-free, which means the 2013 Honda Fit can serve your teen driver through high school, college, grad school, and well into that first job, and will even accommodate car seats and baby strollers. In fact, it’s entirely possible that your teen-age Honda Fit driver may end up as an adult driver with a teen-age Honda Fit.

Putting your teen driver in a brand-new car is an expensive prospect. The 2013 Nissan Versa softens the blow with its $12,780 price tag ($13,780 with an automatic transmission), which happens to make it the least-expensive new car in America. The 2013 Nissan Versa may be inexpensive, but it certainly isn’t cheap; it comes with air conditioning, a decent stereo, and a Top Safety Pick rating from the Insurance Institute of Highway Safety. The 2013 Nissan Versa has a roomy interior and a simple dashboard layout that makes for distraction-free driving, and if you’re willing to spend a bit more, you can equip it with a navigation system. With the Nissan Versa, you can give your teen driver the safety, reliability and peace of mind that comes with a brand new vehicle for the cost of a nice used car.

Ever notice that the bigger your kids get, the bigger their stuff seems to get? Not just shoes and clothes, but the stuff they carry — preschool lunch boxes and macaroni artwork give way to drum sets and football gear. If you’ve got a teen who loves to take camping trips or who plays a musical instrument the size of a bookcase, the 2013 Scion xB is a great choice, thanks to a 22 cubic foot cargo bay that expands to an SUV-like 70 cubic feet with the rear seat folded down. But the Scion xB doesn’t drive like an SUV — it’s reasonably sized and responds like a car in an emergency swerve. The Scion xB’s unusual dashboard, with its center-mounted gauge cluster, is youthful in its styling but simple and straightforward in its layout. And since Scion is a division of Toyota, you can count on the xB to provide your teen driver with years and years of reliable service.

A lot of teenage boys want hard-core sports cars, but this is a dangerous prospect — auto accidents continue to be the number one killer of teens in the U.S. But there is a compromise, and it comes in the form of the 2013 Scion FR-S. The FR-S handles beautifully, with a steering and suspension setup that grips the pavement in turns and delivers lots of road feel. But the engine is a small four-cylinder that delivers modest acceleration, which lessens the chances of your young driver flooring the accelerator and sending the car careening out of control. That said, this is still a sports car at heart, but it makes our list of the best cars for teenagers because the 2013 Scion FR-S also has a Top Safety Pick award from the Insurance Institute for Highway Safety.

If you shudder at the idea of your teen driving in inclement weather, than the 2013 Subaru Impreza is the car for you and your teen, because it features all-wheel-drive as standard equipment. By sending engine power to all four wheels, the all-wheel-drive system improves the Subaru’s grip on the pavement, especially when the roads are slick — but it also pays benefits when the weather is dry, allowing the Subaru Impreza to swerve more sharply than a front- or rear-wheel-drive car. All-wheel-drive usually drives up cost, but the Impreza’s pricing starts at $18,665, comparable to a nicely-equipped Honda Civic.

If your teen wants to be green, the 2013 Prius C is an excellent choice. The baby sister of the famous Prius hybrid, the Prius C is smaller, less expensive, and comes with a less complicated interior that helps your teen keep her or his eyes on the road and not on the dashboard. The dash includes a fuel-economy coach that gives the driver real-time feedback on their acceleration, braking and cruising. The idea is to help her fine-tune her driving for better fuel economy, but it will also lead her away from the temptation of the stoplight drag race, should she show signs of a speed demon. The Prius C is rated for 53 MPG city and 46 MPG highway; a careful driver can nurse that up to an astounding 60 MPG, which does wonders for the teen wallet. The 2013 Toyota Prius C is a top pick.

The 2013 Toyota Yaris reminds us of the cars we drove when we were kids — small, simple hatchbacks that were cheap to run and utterly reliable. That’s the 2013 Toyota Yaris in a nutshell. Simple stereo and air conditioning controls help your teen keep her eyes off the dashboard and on the road, and the Toyota badge on the rump is as close as you’ll get to a guarantee of longevity and reliability. Toyota Yaris pricing starts at just over $14k, including standard air conditioning; and a Yaris LE with power windows, Bluetooth, and a decent stereo goes for under $16,500. Other Toyota Yaris highlights include good gas mileage (especially with a manual transmission), a useful and large cargo bay, and a whopping nine airbags, including a driver’s knee airbag to protect against nasty knee and leg injuries. And once your teen is ready to move on to something bigger and better, Toyota’s high resale values should provide one last bonus in the form of a high trade-in value.

If your teen is a budding car enthusiast, the 2013 Volkswagen Golf is a great set of wheels. In terms of pure driver appeal, the VW Golf is a cut above the other cars on this list thanks to responsive steering, sharp handling, and well-designed manual transmissions that are perfect for budding young stick-shifters. The Volkswagen Golf’s simple, driver-centered interior is designed for distraction-free driving, and the Golf’s modest engines mean that your teen is less likely to get herself in trouble than she would be in a proper sports car. If you and your teen are concerned about the environment, consider the 2013 VW Golf TDI, which has a fuel-efficient, low-emission diesel engine that can run on up to 5% vegetable-based biodiesel. Note: Be wary of the two high-performance versions, the GTI and the Golf R. Though great cars, they are very powerful and very fast, and can spell trouble for inexperienced drivers.