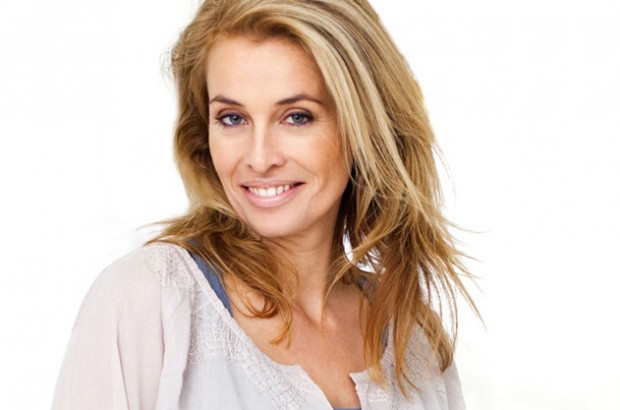 The model, whose sexy eyes and curvy bod, launched to superstar status in Victoria’s Secret catalogs, continues to grace Elle magazine covers. But Frederique is more than a pretty face, she recently won Marie Claire’s Entrepreneur Of The Year award for Frederique’s Choice, her flower and lifestyle company. And at the launch of her business, the 5’11’ Frederique arrived in a cute little Fiat 500 rather than a limo!

Whenever I drive a car in Europe, I drive a Fiat 500. It is truly one of those cars that’s made a great comeback over the years and just feels modern and cool. And there’s something earthy and feminine about its curves and rounded body. The new sports model is also super fast. I was lucky enough to test one and it felt really amazing – good cornering, light touch. It just whispered along the road.

I’ve always had an interesting relationship with cars. I never quite fit the image most people have of models stepping in and out of limousines in New York, London and Paris, and speeding through Italy in Lamborghinis. I was always the “car as functional” type. I love a good ride and I love good auto styling, but I was never hung up on status. Oh, not totally true: I do LOVE an Aston Martin. But the Fiat 500, which came out in 1957 with a rear-end engine like the Volkswagen Beetle, might be small, but it’s much more who I am than a showy Mercedes-Benz.

As a child growing up in Holland there were two constants: flowers and bicycles. We were always surrounded by beautiful, fragrant blooms and we rode our bikes just about everywhere – probably more than we drove our cars. My family lived in The Hague, a city in the southwest part of the country on the North Sea. The streets are in some areas narrow and meandering, so cars were small and compact – lots of Fiats and Volvos sharing the roads with Dutchies on bikes!

Does This Car Make Me Look Tall?

It wasn’t until I arrived in New York as a young model that I saw big cars. I had a contract with Elite Model Management after winning its 1986 Look of the Year Contest in Mauritius, and after finishing school in Holland I decided to take the big step and packed my bags. I was 18 and about to live on my own for the first time in my life when I landed at John F. Kennedy International Airport. A big limo was waiting to take me to my new life in Manhattan. The big lights in the big city, with its steady stream of big cars, were ready to engulf me and launch me into a big and glorious adventure.

It was a time (the late 1980s) when most things were large and in your face, such as big shoulder pads and big hair. (I remember a Cosmo cover of me with an enormous nest of teased-out blond hair!) More than anything else, I was amazed at the size of cars in America. I had trouble really embracing them as I traveled around the country for modeling assignments, movie shoots and other work. But I do confess that it was easy getting used to limousine rides. After all, I was young, it was fun and it sure beat hanging out in the rain trying to hail a cab!

But the limo wasn’t me. It was far too obvious. So I decided I should arrive on the red carpet in a white Fiat 500, covered in white flowers

But I never forgot who I was and what I really enjoyed in a car. And for one of the biggest events in my life – the launch of my new flower and lifestyle company Frederique’s Choice – I turned down a limousine and chauffeur for a Fiat 500. Small and sweet!

My company evolved from a wonderful honor my native Holland bestowed on me in 2005. The country named a new breed of lily after me – a giant, glorious white bloom also named “Frederique’s Choice.” I was so proud and humbled. And I was inspired. I became so intrigued by flowers, which were always an important part of my life, that I created “The Invisible Journey With Frederique,” a documentary about a flower’s life from the African growing fields to the flower and bulb auctions in the Netherlands to the flower’s final destination in New York City.

After the film, I utilized my Dutch heritage and my years of experience in the fashion industry and the love of flowers to create my own lifestyles brand centered on flowers. I decided to launch my company www.frederiqueschoice.com in Europe first; it will launch in the United States at the end of 2012.

We wanted to make the debut of Frederique’s Choice a special event, just as film studios do with movie premieres in Los Angeles and New York. It was the first real flower brand ever so all of Holland was in a spin! We set up a huge reception with a big Dutch retailer who has her flagship store on the Dam Square in the center of Amsterdam near the Royal Palace. We blanketed her store with flowers and a red carpet was laid out front. Of course, everyone wanted me to arrive in a limo for a great photo op.

But the limo wasn’t me. It was far too obvious. So I decided I should arrive on the red carpet in a white Fiat 500, covered in white flowers. My brother Michiel would drive me and my daughter, who was then 8 years old. By the way, my brother is 6 feet and 5 inches, and I’m 5 feet and 11 inches, and, yes, we did fit in the Fiat 500 – even the little one, too! It held all those long, Dutch legs quite comfortably.

Now Arriving On the Red Carpet

The idea was to get into the car at the back of the store and drive around the block to the red carpet. We were all dressed, excited and ready to go. I was nervous because it was a dream come: the start of my own company, a company devoted to something I had loved all my life – flowers. Michiel was nervous for me and anxious about all the photographers and TV cameras we were about to meet. Michiel turned the key in the ignition of the Fiat 500 and suddenly freaked out. He turned to me and choked, “How do I drive a stick shift again?” My brother had a total brain freeze! Like me, he had grown up in Holland and knew how to drive stick, but after years in America driving automatic, he had forgotten the basics.

I took a deep breath to shake my own nerves and began talking to him in a calming voice, explaining the moves he had to make to change gear and drive. Michiel had the car moving in no time. We went around the corner and arrived at the red carpet in three minutes. With a few nice beeps from the Fiat 500, we entered a sea of photographers and went into the store to unveil Frederique’s Choice.

The event was a huge success and helped me bring my company to where it is today. I have to thank my sweet little car – the Fiat 500 – for being such an elegant and cool part of that success.
http://www.frederique.com/