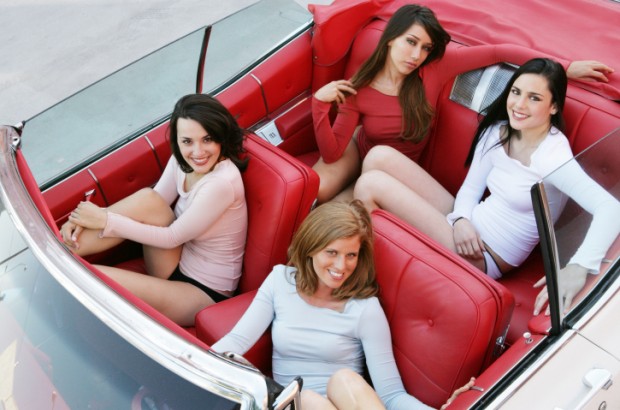 All You Need To Know About Carpool Lanes

Carpool lanes, or HOV Lanes (for High Occupancy Vehicles) can make your commute a breeze. Each state has its own rules about who can use them. We list a few here, but go to your state’s Department of Transportation website to learn more.

Don’t Try This At Home

Last December, one Washington state driver put a skeleton in the front seat of his car so he could drive in the HOV lane (for High Occupancy Vehicles). True, his front-seat partner, a plastic skeleton dressed in a white sweatshirt, had a seat belt on. Nice try, but according to the law, a HOV passenger has to be alive. The driver, who was also speeding at 82-miles per hour and making reckless lane changes, got tickets for speed, unsafe lane changes and the HOV violation. Clever? Not so much.

HOV lanes, also called carpool lanes, are useful on major highways for commuters who have two (and – in some more restrictive cities – three) or more people in their vehicle. Some states, like New York and California, have very specific qualifications for one-person vehicles in HOV lanes (people who drive electric cars) while other states have less stringent rules.

The Massachusetts HOV Program is for vehicles less than 2.5 tons (this includes most passenger cars) with two or more occupants. Motorcycles, even with one rider, can use the lanes, as can buses. In addition, the MassHighway HOV Program promotes ridesharing through other sources, including 25 park-and-ride lots and MassRIDES, a statewide ridesharing program that connects commuters to bus, vanpool and carpool support services.

The Big “D” Loves to Drive the Carpool Lane

Dallas promotes ridesharing through a network of carpool lanes, allowing commuters to whiz past freeway traffic jams. DART (Dallas Area Rapid Transit) claims that over 145,000 commuters use the HOV lanes each weekday.
Cars, trucks, buses and motorcycles with two or more people are eligible to use the lanes. Hybrid vehicles with single occupants are not allowed in HOV lanes.

2 Responses to “All You Need To Know About Carpool Lanes”